Trump’s trade battle, next move could be heavy artillery that hits global growth 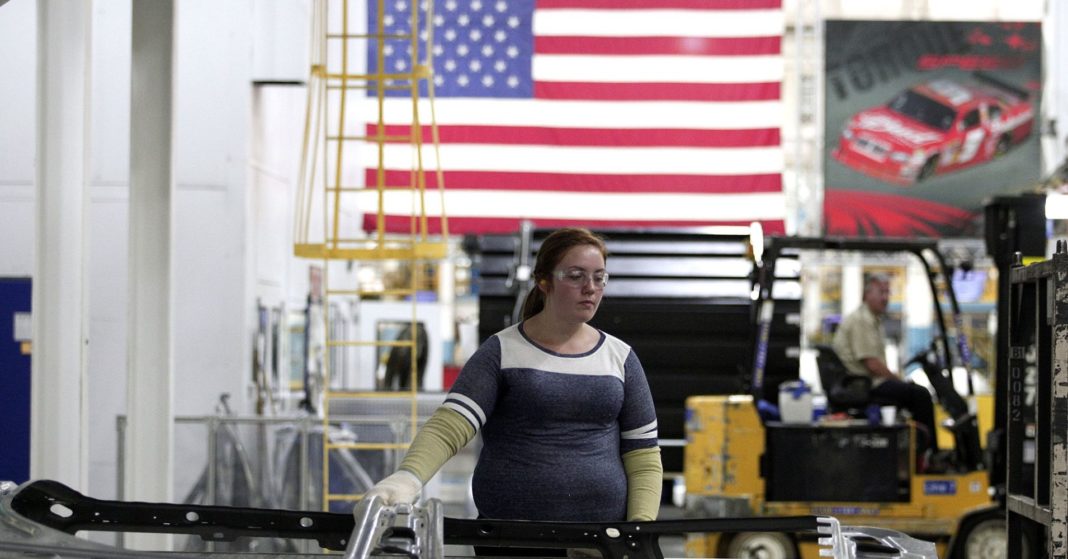 Clifton said European policy makers seem to be looking for a solution, though there are obstacles. “Germany seems to support the move to zero tariffs although other parts of the EU are less certain.

The supply chain is so intertwined that U.S. auto production suffered from a parts shortage when the 2011 earthquake and tsunami in Japan hurt the ability of parts makers to export and manufacture

” When you look at primary exports out of a lot of countries, it really is autos,” said Dec Mullarkey, managing director, investment strategies, Sun Life Investment Management. “If they could get resolution on that, it would go a long way to calming markets and calming a lot of the rhetoric around this, and getting cooperation going among certain allies.”

In a recent study, the Peterson Institute for International Economics said if tariffs of 25 percent were placed on all imports of vehicles and auto parts, production in the U.S. would fall 1.5 percent and 195,000 U.S. workers could lose their jobs over the course of several years. The analysis assumed there were no countries exempted, and the tariffs were also put on NAFTA partners. It said the trade action could affect about $200 billion of U.S. imports, not including the parts industry.

“Auto tariffs would represent a major step down the road to a full-blown trade war and if sustained could slice a few tenths or more off of global growth. Going the final step to across-the-board tariffs between the US and its trading partners would very likely cause a global recession. We still see that as a low-probability outcome,” Harris wrote in a note.

” We don’t import and export. The cars we produce when we sell them are made from parts from all over the world,” she said. “Most things are not made 100 percent U.S. unless it’s 3-D printed here.”

When criticizing the unfairness of European auto tariffs, Trump has called out Germany’s Daimler, which makes Mercedes Benz vehicles. U.S. cars are subject to 10 percent tariffs when they are exported to Europe, compared to a U.S. tariff of 2.5 percent. The U.S., however, has a special tariff on pickup trucks of 25 percent.

Ethan Harris, Bank of America Merrill Lynch global economist, sees the next likely step in the trade battles as a bigger round of tariffs on Chinese goods, $100 billion or $200 billion. Then the auto sector may be targeted by the Trump administration.

” Automakers are hoarding and building inventories in key ports from key countries ahead of tariffs. This has an impact too,” she noted, adding there could be a surge in imports and inventories followed by a bust.

Diane Swonk, Grant Thornton chief economist, said the auto sector is the one industry that is so linked in the global supply chain, a trade war in autos could hit profitability, impact workers and ultimately the economy. Already, the industry is taking pre-emptive actions.

More than half of the vehicles purchased in the U.S. are manufactured domestically with another 24 percent or so from Canada and Mexico. European imports make up 6.7 percent of the U.S. total.

Analysts note that the irony is that Daimler and BMW manufacture vehicles in the U.S., as do Japanese manufacturers,, Honda, Toyota and Subaru. Mercedes-Benz U.S.International says on its website that it manufactures 286,000 vehicles at its Tuscaloosa, Alabama, plant, exporting them to 135 countries last year. On its website, It said it exported 70 percent of the SUVs it produces, making it the second largest exporter in the U.S.

If other countries retaliated with similar tariffs, production could fall 4 percent and 624,000 jobs could be lost, Peterson said. Prices would rise for both imported and U.S. produced vehicles, and companies would have to decide how much of the increased costs to pass on.

She said restrictions on the auto sector don’t work and aren’t good for consumers, as was evidenced when the U.S. put quotas on Japanese vehicles in the 1980s. The Japanese quotas were costing U.S. consumers over $3,000 per vehicle,:” said Swonk.

However, if the Trump administration could show a victory on one front, it could help ease concerns about the Chinese tariff escalation. An auto deal with Europe would be a positive, since it could also include eliminate existing tariffs – a win for Trump.

” The overbroad and steep application of import tariffs on our trading partners risks isolating U.S. businesses like GM from the global market that helps to preserve and grow our strength here at home,” GM said.

He said the next round of Chinese tariffs would already cause a bit more pain, since it would end up targeting more consumer goods, possibly wiping out the positives from the tax cuts.

” The Trump Administration knows that it needs a win on trade as the battle with China escalates,” says Dan Clifton, head of Policy Research at Strategas. Clifton said there are two possible options: a new agreement on the North American Free Trade Agreement being renegotiated with Canada and Mexico or a deal on European autos.

General Motors spoke out against the tariffs, warning if implemented they would lead to a “smaller GM.” It said if automakers did not pass on the higher costs, it could result in less investment, fewer jobs and lower wages. GM has 47 U.S. manufacturing facilities and employs about 110,000 people.

“It’s one thing to move steadily forward with tariffs when there are few visible costs. As tariffs continue to escalate, however, the signs of pain should become quite obvious to all parties. Public opinion would likely turn against the tariffs: “war” seems great when soldiers are marching to the front, but not so great when the casualties come home,” he wrote.

This week, there were signs that European leaders may be willing to negotiate a deal that would actually cut existing European tariffs on American cars in an effort to head off a trade war. President Donald Trump has said he may slap tariffs of 20 percent or 25 percent on auto imports, and he has asked Commerce Department to study whether vehicle imports threaten national security, the same argument the U.S. used to impose steel and aluminum tariffs.

According to Reuters, port officials in Baltimore, Jacksonville and Brunswick, Georgia, reported importing a combined 23,000 more cars in May than the same time last year, and exports rose sharply, with 39 percent more cars leaving Baltimore and 19 percent more exiting from Jacksonville. In Long Beach, California, vehicle imports were up 3.4 percent in May while exports were down 24 percent. Automakers using that port include Daimler and Toyota.

The tit-for-tat tariffs lobbed by the U.S. on Chinese goods Friday are not expected to affect the economy, but they could grow. Both the U.S. and China are expected to follow up with another $16 billion for a first round of tariffs, for a total of $50 billion.

Daimler has warned that its profits could be hurt by the tariffs.

The Trump administration may keep upping the ante in a trade dispute with China for now, but if it can manage to steer clear of a bigger battle over the global auto sector, it may avoid a more serious blow to the economy.