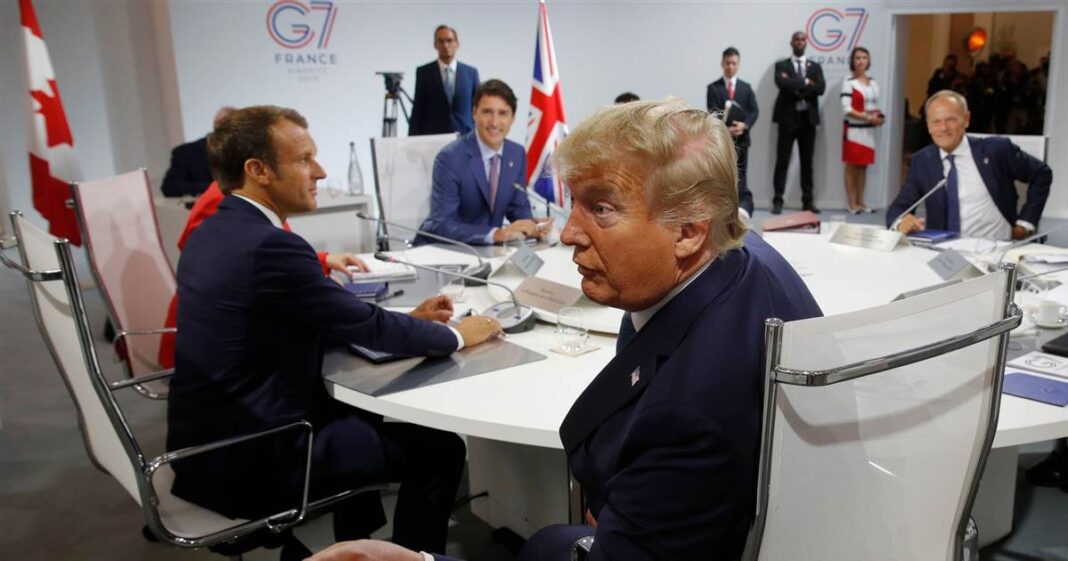 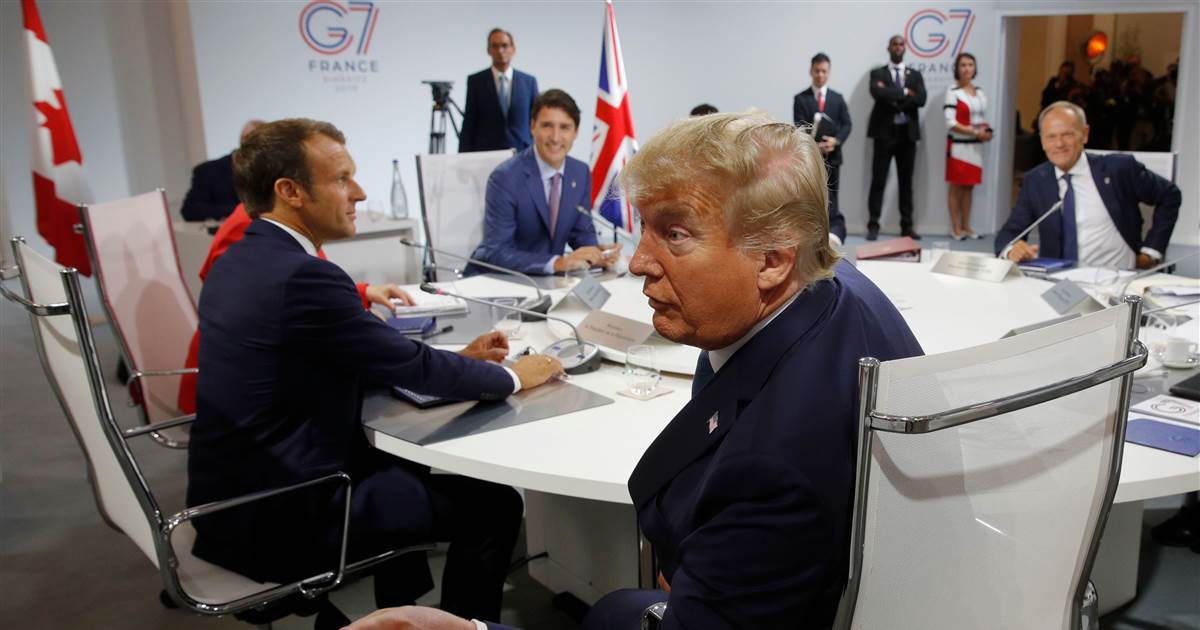 BIARRITZ, France — President Donald Trump said Sunday world leaders meeting here this weekend “are getting along very well” and criticized the media for suggesting there were tensions between him and the group of allies he has threatened with tariffs.

Trump arrived Saturday amid an escalating trade war with China and threatening to start another with Europe.

The president appeared to strike a softer tone after landing in France, hailing the “really great” summit and appearing to concede he has had second thoughts about his latest round of tariffs on Chinese goods.

But the White House quickly pushed back on any suggestion of weakness in the trade war.

“His answer has been greatly misinterpreted,” said spokesperson Stephanie Grisham. “President Trump responded in the affirmative – because he regrets not raising the tariffs higher.”

Speaking to reporters during a breakfast meeting with British Prime Minister Boris Johnson, Trump was asked if he had had second thoughts on Friday’s escalation with China.

“I have second thoughts about everything,” he added after reporters asked him to clarify a third time.

Trump also said he has no plans right now to declare a national emergency on China, something he had claimed he could do to force U.S. companies to stop doing business in China.

He reiterated, though, that “in many ways it is an emergency.”

Trump had dinner Saturday night with leaders attending the Group of Seven Summit and was holding a series of one-on-one meetings Sunday.

Past meetings between the nations — Britain, Canada, France, Germany, Italy, Japan and the U.S. — have been rife with tension.

At last year’s gathering Trump threatened to end trade with all of the member countries, showed up late for a breakfast, skipped a meeting on climate change and withdrew his endorsement of a joint statement at the end of the summit.He then took to Twitter to bash Canadian Prime Minister Justin Trudeau as he jetted off to meet with North Korean leader Kim Jong Un.

Ahead of this year’s summit, Trump revived his attacks on Europe, accusing the countries there of “killing us on trade,” during a campaign rally. He threatened a tariff on French wine and called the prime minister of Denmark “nasty” for rebuffing his proposal to buy Greenland.

But since arriving, Trump has sought to paint a picture of unity and blamed the media for suggesting there would be tensions during this year’s gathering.

“We are having very good meetings,” Trump tweeted early Sunday.

“The Leaders are getting along very well, and our Country, economically, is doing great – the talk of the world!”

….bad Economic times, the worse the better, anything to make my Election more difficult to win. Well, we are having very good meetings, the Leaders are getting along very well, and our Country, economically, is doing great – the talk of the world!

He later said his lunch Saturday with French President Emmanuel Macron was the best hour and a half he’s spent with the leader. “It was a perfect period of time,” he added.

But while Trump sought to play up unity between the leaders, some cracks emerged.

The president told reporters that the leaders had a “lively discussion” on whether Russia should be allowed back into the group and said it was “certainly possible” they will invite Russia next year when the U.S. is the host.

“I think it is a work in progress, we have a number of people who would like to see Russia back,” Trump said during a meeting with Japanese Prime Minister Shinzo Abe.

“I think it would be a positive, it is something we are discussing.” Trump said some leaders agreed with him, but declined to say who.

Some daylight did emerge between Abe and Trump on the issue of North Korea.

Asked by a reporter about Pyongyang’s flurry of recent missile tests, Trump said he was “not happy” but that North Korea wasn’t in violation of an agreement.

Trump then turned to Abe, who disagreed, saying it was a clear violation of United Nations resolutions. While Trump wouldn’t go as far, he insisted both leaders were in alignment.

In his first meeting with Johnson as British prime minister, Trump said his new counterpart was the “right man for the job” and that he thinks he can get a trade deal done with the U.K. quickly.

“We’re working on a very big trade deal and I think it’s going to work out,” Trump said.

Johnson joked that Trump was “on message” and praised the president for America’s economic performance, but he did offer one note of caution on the issue that has loomed over the summit.

“Just to register a faint sheep-like note of our view on the trade war,” he said. “We’re in favor of trade peace.”