10 years after Ted Kennedy’s death, liberals need to rethink the pass they gave him 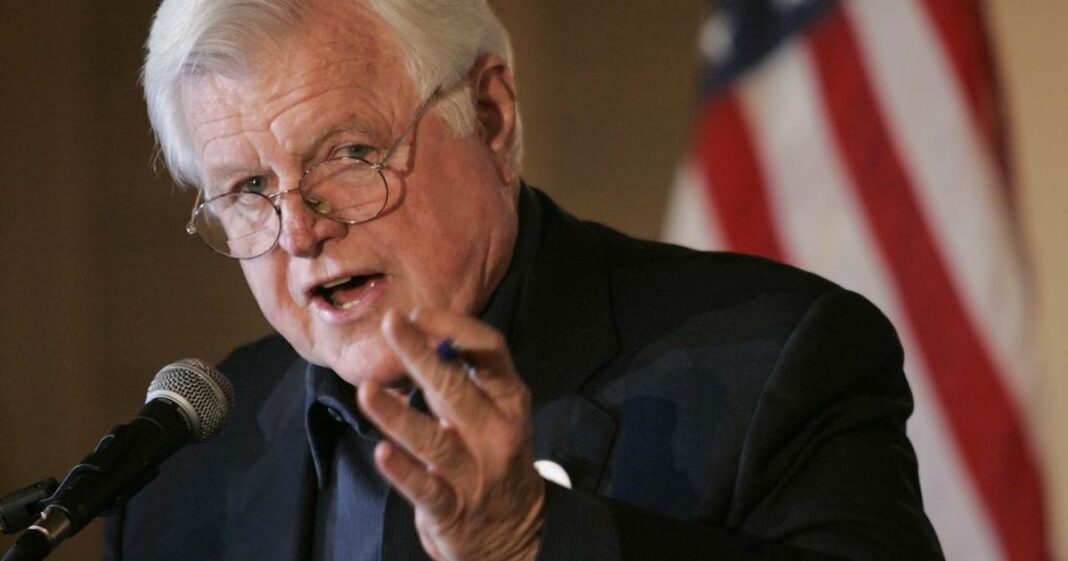 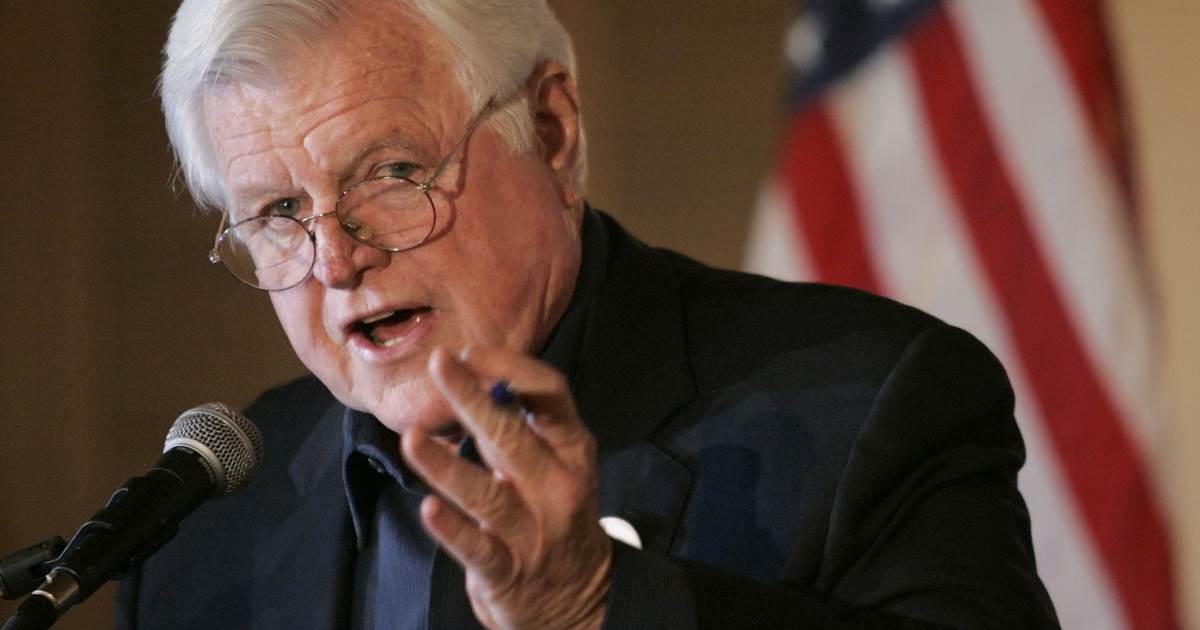 When Democratic Sen. Edward M. Kennedy died on Aug. 25, 2009, media coverage of his passing and tributes by political figures were largely fawning and boosterish, capped by ubiquitous references to his legacy as the “liberal lion of the Senate,” a tribute to his decades-long crusade for progressive causes.

The New York Times obit hailed the 46-year Massachusetts legislator, younger brother to JFK and RFK, as “one of the most effective lawmakers in the history of the Senate,” while The Washington Post lauded him as “a lawmaker whose achievements, authority and collegiality invited comparisons to Daniel Webster, Henry Clay and other titans.”

Democrats should be no more willing to forgive Kennedy for his personal transgressions because they agreed with the progressive policy outcomes he helped achieve.

President Barack Obama eulogized him as being “given the gift of time that his brothers were not, and he used that gift to touch as many lives and right as many wrongs as the years would allow.” House Speaker Nancy Pelosi said that “Rooted in his deep patriotism, his abiding faith and his deep concern for the least among us, no one has done more than Senator Kennedy to educate our children, care for our seniors and ensure equality for all Americans.” Even former GOP President George W. Bush, whose father George H.W. Bush had six years earlier awarded Kennedy an award for excellence in public service, issued a magnanimous statement.

It’s been a long 10 years, though. Since then, the country has gone through the #MeToo movement, as well as deeply disturbing revelations about John F. Kennedy’s own extramarital behavior. At the same time, there have been dedicated efforts to wipe away the whitewashing of the most inexcusable episodes in American history, such as removing Confederate monuments across the South. It’s also been a decade that’s witnessed President Donald Trump’s rise to power, accompanied by Democratic and media accusations of corruption, sexual harassment and disregard for the rule of law.

With American society revisiting the sins of the past, led by an energized left, and Democrats savaging officials who violate norms and standards of decency, it’s time that Kennedy, too, was seen for who he really was. Liberals in particular need to look themselves in the mirror for the pass they gave the heir to the Kennedy political dynasty, and the behavior they let him get away with.

Progressives are rightly incensed that Republicans in Congress have mostly turned a blind eye to Trump’s behavior, focusing instead on legislative outcomes they favor, such as tax cuts and the confirmation of conservative judge — essentially declaring that policy achievements are more important than character and conduct.

But Democrats should be no more willing to forgive Kennedy for his personal transgressions because they agreed with the progressive policy outcomes he helped achieve. Moreover, that Kennedy was not only excused for his behavior but esteemed by his political peers reveals that it is not one party alone that has failed to uphold accountability and morality as guiding principles.

If we are serious about holding the powerful to account and subordinating political interests to ethical ones, there is no better place to start than with a reassessment of Kennedy’s actions and his legacy.

The Kennedy obits and analyses could not avoid at least some mention of the most disturbing aspect of the senator’s record before returning to listing his legislative accomplishments and resilience to tragedy: The incident at Chappaquiddick Island. Still, on the rare occasion that even a political opponent mentioned Chappaquiddick, they quickly backtracked. Such was the case with Utah Republican Sen. Orrin Hatch during the 1991 Clarence Thomas Supreme Court confirmation hearings.

The details of that episode are grim. On the evening of July 18, 1969, with Americans captivated by progress of the Apollo 11 lunar landing mission, Kennedy drove away from a party on Chappaquiddick Island off Cape Cod with 28-year-old Mary Jo Kopechne, who had worked on Robert Kennedy’s 1968 presidential campaign. Under circumstances still murky a half-century later, Ted Kennedy accidentally drove off a wooden bridge into a tide-swept pond. Kennedy escaped the submerged car but Kopechne drowned.

The senator did not report the fatal car accident for 10 hours, only then admitting that he was the driver of the car. Kennedy later pleaded guilty to leaving the scene of an accident, received a two-month suspended sentence and had his license suspended for a year. Speculation swirled for years that Kennedy had used his considerable influence to avoid criminal charges.

The Chappaquiddick episode did not particularly chasten or sober Kennedy. A 2019 book, The Kennedy Heirs: John, Caroline, and the New Generation – A Legacy of Triumph and Tragedy details frantic, but futile, pleas decades later by his three adult children to quit drinking amid his deteriorating health.

Alcohol played a prominent role in other Kennedy scandals. GQ reported a lurid tale of an attack in 1985 by Kennedy on a waitress at a Washington restaurant. In 1991, Kennedy’s nephew, William Kennedy Smith, was charged with rape (later acquitted), compelling his uncle’s testimony in court. The sitting senator became an object of scorn and ridicule after admitting he had rousted his son and nephew to go drinking, and later in the evening, with several women present, walked around their compound sans pants.

It’s not that during Kennedy’s lifetime there was total silence about his uglier habits; it’s that they weren’t seen as disqualifying. But with these facts on the public record for decades, and the evolution of our culture over those years, more critical portraits of Kennedy are thankfully emerging, if in fits and starts.

The 2018 movie “Chappaquiddick,” largely hailed for its faithfulness to the historical record, paints Kennedy as a cowering figure who put his political prospects above immediately reporting the accident to police, and then used powerful Kennedy family associates to create a public relations gloss over the fatal episode.

Less morbid, but still important in reexamining Kennedy’s legacy, is the 2019 book Camelot’s End: Kennedy vs. Carter and the Fight that Broke the Democratic Party. It shows Kennedy selfishly pursuing the 1980 presidential nomination against a sitting president long after it was clear he had no chance to win. Kennedy’s jabs against Carter inflicted deep damage that contributed to the incumbent’s loss.

A more realistic look at Kennedy’s life does not mean his legislative accomplishments should be dismissed. He helped author the law in 1965 that ended the selection of immigrants on the basis of their national origin — a system the Trump administration is currently trying to overturn. He authored bills expanding childrens’ health insurance, and with George W. Bush, helped draft the No Child Left Behind education act. His other achievements include a minimum wage hike in 1996 and introduction of the Americans With Disabilities Act of 1990.

But that doesn’t mean Kennedy’s legacy doesn’t deserve a far more open-eyed and realistic picture of a man whose born privilege helped save his Senate career and political viability.

In a free society, portraying history accurately is acutely important, as future generations rely on that information to make important decisions.

Owen Gleiberman, a self-described liberal, explained why that’s important in his Variety piece, “Why Every Liberal Should See ‘Chappaquiddick.’” The movie, he writes, “doesn’t attack Ted Kennedy’s politics; it says that he betrayed his politics — betrayed the progressive dream — by refusing, at a crucial moment, to live within the rule of law.”

In a way, though, we betrayed ourselves. Kennedy violated our values of decency and justice and we celebrated him. In a free society, portraying history accurately is acutely important, as future generations rely on that information to make important decisions.

A more honest appraisal of Kennedy’s life would enhance the moral authority of Trump critics. When congressional Republicans ignore his antics, liberals can say they tried to clean up their own house first.