Toronto, Peel to close businesses with 5 or more COVID-19 cases linked to the workplace 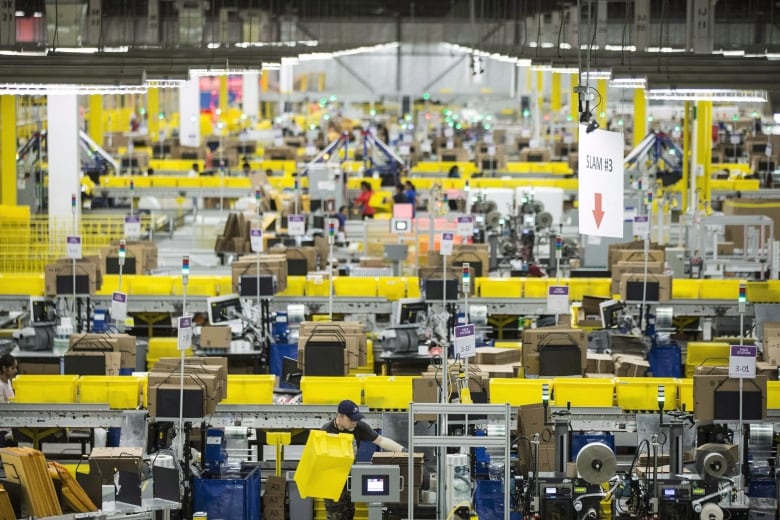 Toronto and Peel Region are issuing orders to force businesses with five or more cases of COVID-19 in the past two weeks to close.

Peel’s top doctor said closures will last 10 days if it is found that those infected “could have reasonably acquired their infection at work” or if “no obvious source” for transmission is identified outside of the workplace.

“Workplaces that remain open continue to be a major driver of COVID-19 cases in Peel, as they have been throughout the course of our emergency response,” Dr. Lawrence Loh, medical officer of health for Peel Region, said in a news release Tuesday morning.

All employees impacted by a closure will need to self-isolate and cannot work anywhere else during that period.

The order will be issued through Section 22 of Ontario’s Health Protection and Promotion Act, which grants local medical officers certain authority when faced with public health crises.

Businesses and workplaces “essential to the well-being” of the region, such as health care, first responders and emergency child care, will not be forced to close, the release said. A full list of exempt workplaces will be included in the order later Tuesday.

Toronto Public Health announced its decision following Peel, saying in a statement it had worked closely with the neighbouring region to develop the order.

“This Section 22 order is meant to help slam the brakes on workplace outbreaks that we know are moving much faster due to the variants of concern,” Toronto Mayor John Tory said in a statement.

“I urge all employers to follow the public health advice to stop outbreaks and protect their employees including against the financial consequences of illness.”

An Amazon facility in Brampton that employs approximately 5,000 workers has been linked to more than 600 COVID-19 cases since October. An outbreak in March resulted in an order by Peel Public Health to close the warehouse for two weeks.

Justin Brewer, a process assistant at the Amazon facility, told CBC News he supports the Section 22 order, and believes it will help keep him and his co-workers safe going forward.

“I think it should of been done a long time ago, to be honest. I wish that this time last year this was all being done,” he said.

The manufacturing sector is “deeply disturbed” by the order, Canadian Manufacturers and Exporters president and CEO Dennis Darby said in a statement. He called on the provincial government to intervene and create a co-ordinated plan for Ontario.

“Although we recognize the situation is critical right now, this unilateral decision could have a catastrophic impact on Ontario’s manufacturing sector,” Darby said.

The decision could impact the supply of food, personal protective equipment and medications, as well as disrupt global supply chains Canada contributes to including automotive and aerospace, he said.

“The Region of Peel is putting the integrity of our supply chain at risk,” said Darby.

In an interview with CBC Radio’s Metro Morning, Loh said he believes the order is necessary because the conventional approach of closing parts of workplaces to investigate outbreaks is not fast enough to keep up with the spread of variants of concern.

“The story of Peel is the story of disparity, throughout the pandemic. It’s the story of workers that have showed up in person, even with precautions against these variants, and they are vulnerable,” he told host Ismaila Alfa.

“The reality is that we have a large essential workforce and an employment profile with all these manufacturers and warehouses where they remain open and as they remain open they are seeing bigger and wider outbreaks that necessitated this update.”

As of last week, Peel Region had confirmed 402 outbreaks of COVID-19 linked to workplaces, with about 37 per cent of those in the industrial and manufacturing sectors. Retail and corporate offices collectively make up another 23 per cent of all outbreaks, according to the region’s COVID-19 dashboard.

Large swaths of Brampton and many neighbourhoods in Mississauga are consistently logging test positivity rates well over 10 per cent, the latest publicly available data shows.

Moreover, through each week of April so far, more than 70 per cent of samples that tested positive for COVID-19 in Peel Region also screened positive for a telltale genetic mutation that indicates the presence of a variant of concern.

Loh also recommended that businesses forced to close because of COVID-19 cases provide paid leave for employees forced to isolate.

“In the absence of legislated paid sick days, we also call on all employers impacted by expedited closure to provide paid leave for all employees impacted by COVID-19 or these new safety measures, and to consider moving as many operations as possible virtually to reduce risk,” Loh said.

Loh is among the many regional medical officers of health and other health professionals who have repeatedly called on Premier Doug Ford and his cabinet to implement a provincially run paid sick-leave program. More than a year into the pandemic, the government has refused to do so, instead directing Ontarians to the federal Canada recovery sickness benefit.

In his interview with Metro Morning, Loh said he hopes that employers forced to temporarily close will “do the right thing” when it comes to compensating workers.

“I think it is very vital that companies do their part. The situation is very serious,” he said. “Our hospitals are overwhelmed. Our ICUs are filling up and people are dying.”