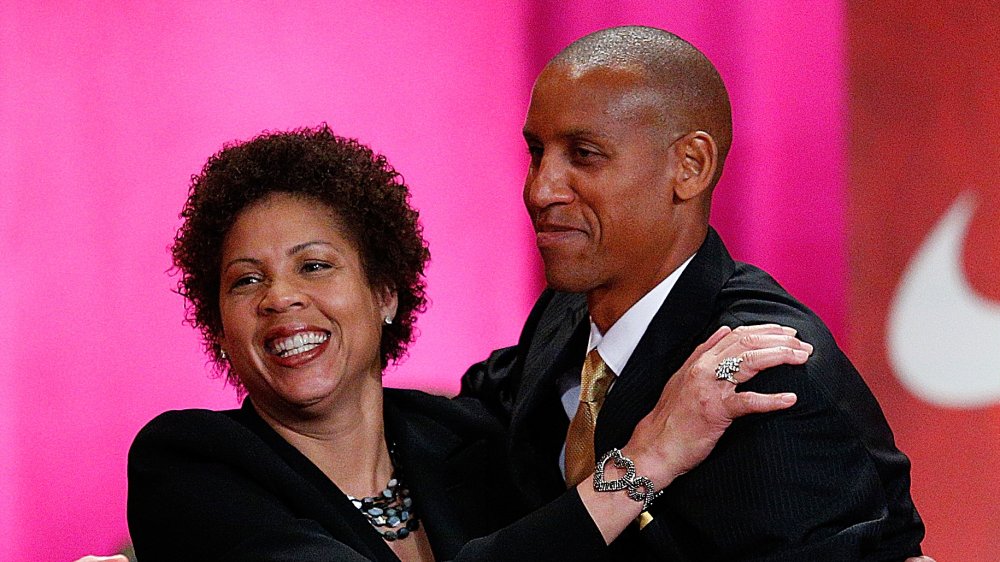 These two siblings grew up quite close and Reggie Miller originally refined his own skills in order to beat his sister, who was much taller and better than him during their childhood. (Interesting fact: It was this relentless practice that developed Reggie’s signature long shot.)

Cheryl Miller was a trailblazer in her own right: She’s considered one of the greatest players in the history of women’s basketball and had a hand in bringing popularity to the women’s sport.

Her talent shone since she was young. Even as just a freshman at the University of Southern California, she is credited for taking the Trojans to the NCAA women’s basketball championship and was even selected the Most Outstanding Player, per Encyclopedia Britannica. She later brought home an Olympic gold medal for the United States in 1984, along with a handful of other recognitions, before leaving the court for good.

But even after she stopped playing ball, her success continued. Cheryl went on to become a commentator, reporter, and analyst for the NBA and appeared on various television networks. In 1996, she “became the first female analyst to broadcast a nationally televised men’s professional basketball game,” according to Encyclopedia Britannica.