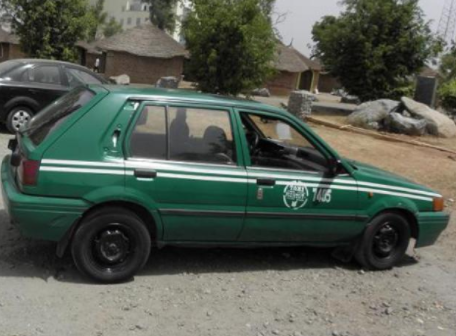 The Transport Secretariat of the Federal Capital Territory Administration (FCTA) has released more guidelines for passenger service (commercial) vehicles, operating within the FCT.

Kayode Opeifa, the Transport Secretary of FCTA, stated this in Abuja on Monday after a meeting with all the Licensed Taxi Operators.

According to him, all passenger service (commercial) vehicles such as High Capacity Buses, Mini/Mid Buses, Taxis, Tricycles and Motorcycles must carry red number plates.

“All passenger service (commercial) vehicles must be registered in Abuja and must carry FCT number plate with effect from Oct. 1, 2018. All Taxis operating within the FCT must be air-conditioned on or before Oct. 1, 2018. All passenger service (commercial) vehicles must carry two (2) valid certificate of road-worthiness from FCT Computerised Roadworthy Test Centre issued in the last 9 months,’’ he said.

Opeifa said that drivers of all passenger service (commercial) vehicles must be in possession of a valid driver’s licence and must be certified by the secretariat in line with relevant FCT Regulations.

He added that owners of the Passenger Service Vehicle (PSV) must show evidence of tax payment in the FCT. He noted that all Taxis with Operators’ Licence were allowed to operate in any part of the FCT, including all estates, hotels and government establishments.

“The Taxis with Operator’s Licence are allowed to pick and drop off the road when properly parked and not willingly obstructing traffic within existing traffic regulation. Tricycles are to operate only at the designated routes as approved and assigned to the particular operator by the transportation secretariat. Tricycles and Motorcycles are to be operated only by riders with valid FCTA issued Riders Card,’’ he said.

He said that all commercial vehicles including High Capacity Buses, Mini/Mid Buses, Taxis, Tricycles and Motorcycles are advised to visit the nearest Department of Road Traffic Service (DRTS) office for necessary Documentation and Certification.