The real reason Alexis Bellino is divorcing her husband 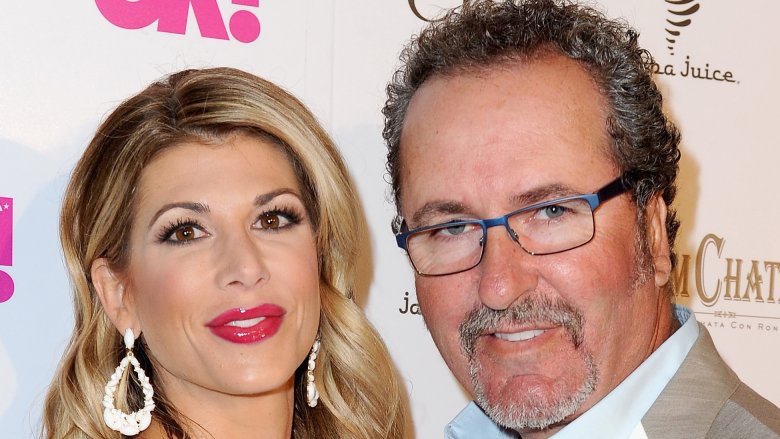 Alexis Bellino’s good friend Peggy Tanous joined the Real Housewives cast in the show’s sixth season, and it was revealed that she had had a fling with Jim before he married Alexis.

“I wanted to respect her marriage, and he’s the husband, and let him, if he wants to tell her, he can tell her,” Tanous explained to Bravo TV’s The Daily Dish. “But once we’re both on this reality show, he was like, ‘Oh, God, I’ve got to tell her.'”

Instead of taking a Louisville Slugger to both headlights after finding out the truth, Alexis defended Jim. “We made a mutual agreement not to discuss our past relationships … We had both been married before, and we both had pasts, so instead of dwelling on the past, we focused on the future … our future together,” Alexis wrote in her official Bravo TV blog. “I never asked Jim if [he and Tanous] dated, and he never told me. He definitely should have told me once Peggy and I started to become good friends.”

She went on to say she was “hurt and angry at Jim” once the truth was revealed, but she wasn’t going to let it affect her marriage.

But now that they’re ready to part ways, this whole Jim and Tanous fiasco makes us gag. Not only do the ladies have an uncanny resemblance to one another, but it makes us wonder what else Jim may have been hiding during their marriage…