Wowplus
Home World News US News The former CEO of the Cleveland Clinic has some surprising advice for... 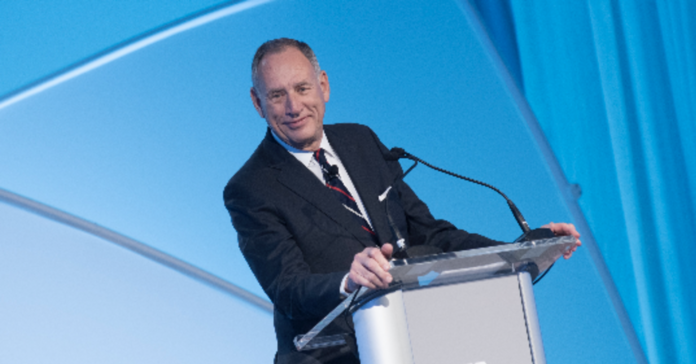 Toby Cosgrove has a new job.

After decades running one of the world’s most famous hospitals, Cleveland Clinic, he’s helping one of Silicon Valley’s most prominent technology companies figure out how to sell its technology and services into health care.

Cosgrove announced earlier this year that he’s taking a position at Google as an advisor to the Google Cloud health care and life sciences team.

Surprisingly, he’s not fighting to win large cloud contracts at the largest hospitals.

That’s because most hospitals have already invested hundreds of millions of dollars into on-premises IT systems from companies like Epic Systems and Cerner, including installation, upgrades and training. At Cleveland Clinic, for instance, Cosgrove was one of the first big customers to invest in Epic Systems’ electronic medical record software.

Cosgrove doesn’t see these companies moving their entire infrastructures to a hosted cloud system like Google Cloud, or the more popular rival products from Amazon and Microsoft.

Instead, he wants to figure out what kinds of apps can be built on top of these systems to help hospitals start to modernize.

In his view, the “killer application” for health care is voice for applications like transcribing physicians’ medical notes, which leverage technologies like machine learning and natural language processing. (Cosgrove isn’t involved, but another Alphabet team, Google Brain, is looking at doing just that).

Cosgrove thinks it’ll take time before hospitals and smaller clinics across the country are using voice technology as a mainstream application, whether it’s from Google or an enterprising start-up.

“I think it’s going have to be specialty by specialty and probably the hardest is going to be the primary care physician because they have to see everything that comes through the door,” said Cosgrove.

Beyond voice, there are a few other areas that Cosgrove views as “low-hanging fruit” where technology companies can make an impact.

“What hospitals are looking for is something that’s going to help the efficiency and help the hospitals by the taking the costs out”, he explained. “Where can they do that? First of all there’s a screaming need to handle all of this data and certainly we’re not efficient in running data centers.”

Another is what he calls the “two bookends of health care,” meaning getting patients in for appointments and sending out bills.

“You should be able to automate that somehow,” he continued. “The getting in to see a caregiver and getting a bill out are two of the screaming needs that have to be addressed.”

His new colleagues at Google are behind him — and on board with that strategy.

“He (Toby) understands the ins and outs of the provider challenges and has provided context for where there is huge opportunity for back office operational improvement like billing, coding, call center, and so on, all of which are addressable via machine learning tools,” said Greg Moore, a vice president for Google Cloud healthcare & life sciences’ team, and a colleague of Cosgrove’s.

Moore says Google takes seriously the idea that it needs to partner with the health care industry, and bring on experts like Cosgrove.

“We have to think about how these products fit within the larger context of a hospital system,” he said. “How do they integrate with tools that physicians are already using? How can they help reduce the time physicians spend on administrative care?”

Cosgrove said he’s learned a thing or two over the years about start-ups with grand pitches.

Elizabeth Holmes, the CEO of disgraced bio-tech start-up Theranos, approached him several years ago when he was running Cleveland Clinic. He was also quoted in the press, providing insight into why Theranos’ core value proposition — to diagnose dozens of diseases with a blood test — was so compelling to clinicians.

Cosgrove recalled asking Holmes for the device to test it, and potentially publish the results. “We never got a device.”

All in all, Cosgrove wouldn’t take back his interactions with Holmes, as he has always taken the time to meet with people with new ideas about health care —not the hucksters, but the true innovators in the space. And he’s supported start-ups in the past, which have turned out to well worth the time and investment.

“I don’t regret the fact that we were out there trying to find something that could make a substantial difference,” he said. “You’re gonna knock on a lot of doors and kiss a lot of frogs, but you’ve got to do it.”