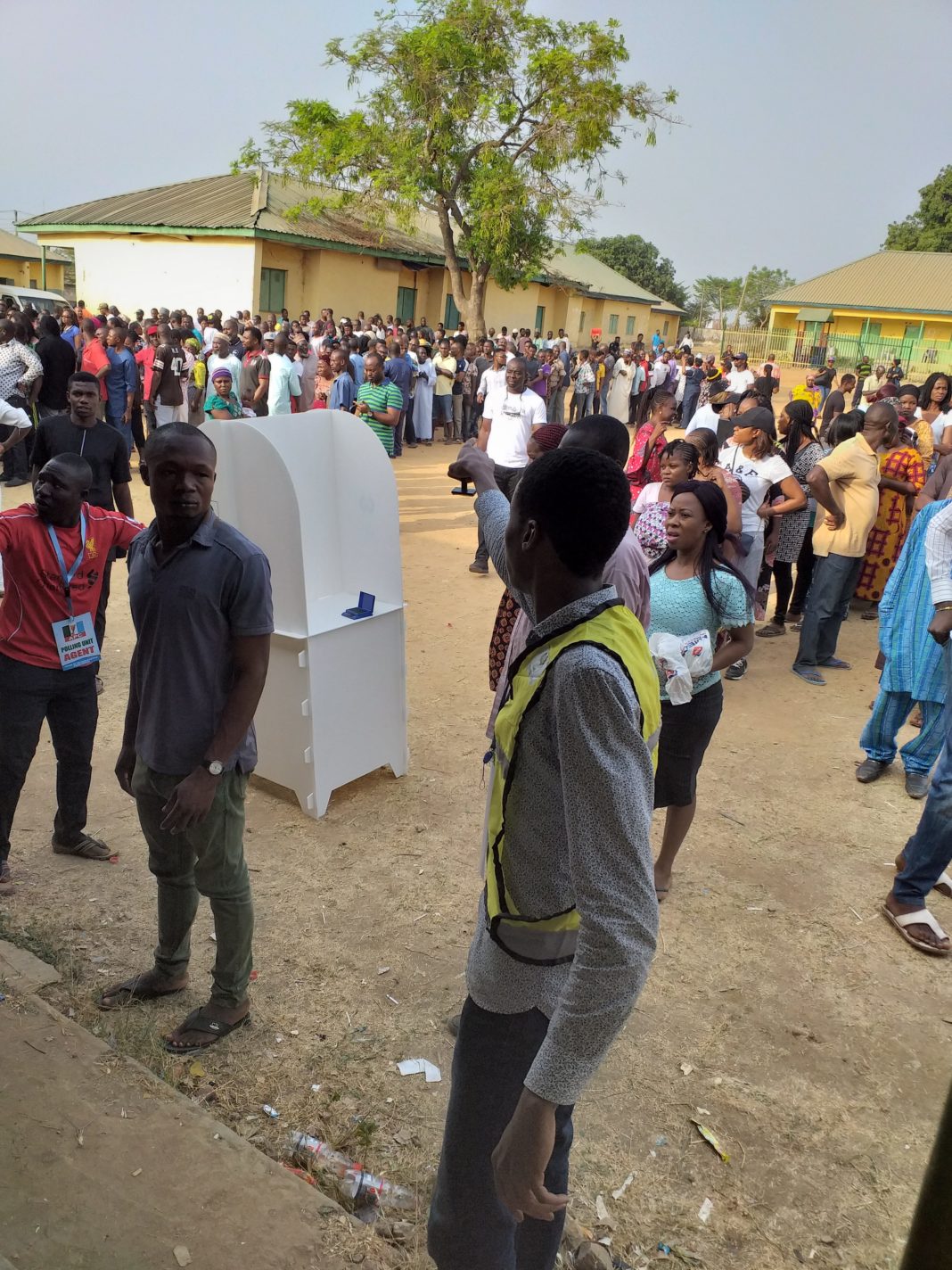 Tension is currently brewing in Ogbomoso town in Oyo State over the relocation of the collation centre for Ogbomoso North Local Government Area.

Ogbomoso North, which is one of the five local government areas in Ogbomoso geo-political zone has 10 wards and 183 polling units.

DAILY POST correspondent, who is currently monitoring the situation in the state, gathered that staff of the Independent National Electoral Commission (INEC) and agents of political parties hurriedly fled the INEC office following reports that armed hoodlums are planning to invade the collation center.

The tensed atmosphere which later forced other people outside the INEC office to seek for protection elsewhere halted the collation exercise.

This made the INEC officials to order that collation process should be stopped, immediately.

The Returning Officer in the local government area, Professor Rasheed Okunola, a professor in the department of Sociology, University of Ibadan and other collation officers were forced to leave the collation centre and relocate to the Ogbomoso Town Hall.

They had now moved all the results to the town hall beside the palace of Soun in Ogbomoso, popularly known as Ojude Oba.

Okunola was reconciling the results of the 10 wards in the local government when the report of security threat was received.

As of the time of filing this report Sunday afternoon, it is expected that the Presidential and National Assembly elections results in the local government area will be announced at the town hall, which has now been heavily guarded by soldiers.

It was also gathered that Alhaji Bukola Badmus, Chairman of Ogbomoso North for the ruling APC was attacked by hoodlums suspected to be working for an opposition party.

His car screen was damaged during the attack.