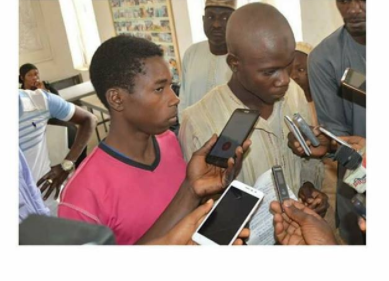 The duo, identified as Jabir Usman Sule and Bashir Aminu, demanded for N2m as ransom from the parents of the abducted child.

They reportedly handed the letter in which they made their demand for N2m ransom to the immediate elder brother of the abducted child, who later identified them thus leading to their arrest.

While responding to questions on what they plan to do with the money if collected, they said they had no plan but might have considered buying a tricycle with some of the money.