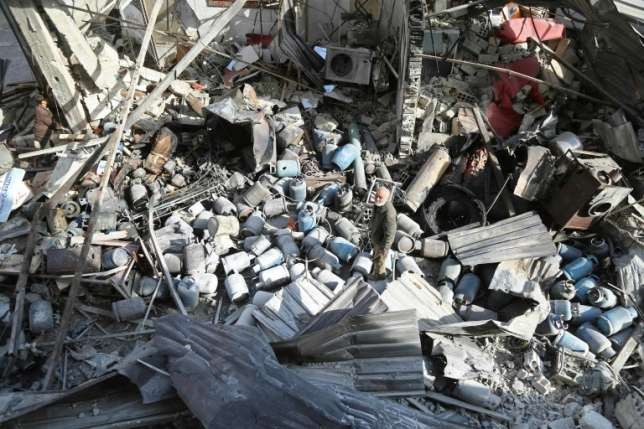 The deaths come despite the area falling within a so-called “de-escalation zone” put in place under a deal between government allies Russia and Iran and rebel backer Turkey.

Eastern Ghouta is already in the grip of a humanitarian crisis caused by a crushing regime siege of the area since 2013 that has caused food and medical shortages.

On Sunday, government air strikes on the areas of Mesraba and Madira killed 17 civilians, while artillery fire on the town of Douma killed another two civilians, the Britain-based Syrian Observatory for Human Rights monitor said.

“The toll could rise further because of the number of wounded people in serious condition,” said Observatory director Rami Abdel Rahman.

Regime bombardment of Eastern Ghouta in the last two weeks has killed more than 100 people, according to the Observatory.

Rebels have also fired from the region into Damascus, killing several people.

Humanitarian access to Eastern Ghouta has remained limited despite the implementation of the truce zone, and a United Nations official referred to the region as the “epicentre of suffering” in Syria.

More than 340,000 people have been killed in Syria since the conflict began in March 2011 with anti-government protests.

Babatunde Fashola ‘We’re re-introducing toll gates across the country,’ Minister says
Ha, whose mother/sister or aunty is angrily flaunting her breasts on social media?
Franken ’embarrassed and ashamed’ over groping allegations
LinkedIn’s founder explains how Mark Zuckerberg transformed from an awkward kid to one of tech’s best CEOs
In Somalia The deadliest attacks in country since 2010 A weekend attack claimed by the Al-Qaeda aligned Shabaab on a hotel in Mogadishu has killed at least 27 people, just two weeks after the deadliest attack in Somalia’s history killed 358 people in the capital.
Toke Makinwa’s birthday outfit is a Balmain camouflage sequin dress that costs N1.2million
Big Black Woman poses in skimpy lingerie for her 35th birthday and social media users go hard on her
‘When I got into the industry and found fame, I became irresponsible’ – Actress, Toyin Abraham
Dear Uriel, I love your ‘booby’ – Ruggedman
We’ll facilitate Joshua’s visit to Nigeria – Ogun govt
Ladies spark outrage after dressing up as nuns in bikinis (photos)
Egypt hunts for killers after mosque attack leaves at least 235 dead
At least 20 people shot as gunman opens fires during church service n Texas
Why I withdrew Governor Obiano’s security personnel – Police IG Speaks.
In Vietnam Death toll from typhoon rises to 61 The death toll from typhoon downpours and floods wreaking havoc along Vietnam’s south-central coast has risen to 61, an official said Tuesday, as the country opens its doors to world leaders for this week’s APEC summit.