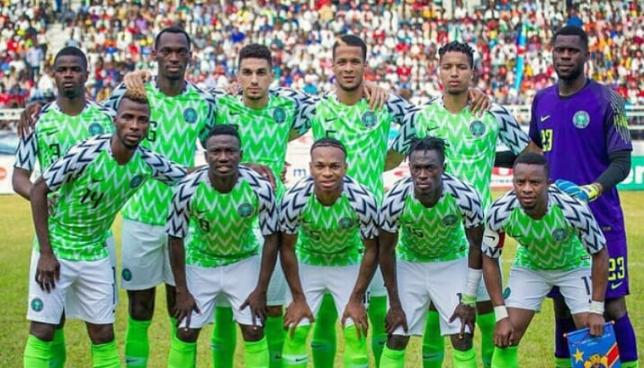 Super Eagles boss Gernot Rohr has dropped four players from his 30-man provisional squad ahead of the 2018 FIFA World Cup.

Rohr had released a 30-man provisional squad for the 2018 FIFA World Cup with 29 of them reporting for the camp which opened on Tuesday, May 22.

After the friendly game against DR Congo on Monday, May 28 which ended 1-1, Rohr has dropped four players from the squad.

Lokosa made his Super Eagles debut in a 71-minute appearance as Nigeria drew DR Congo 1-1 on Monday.

Ajiboye, Eze and Agbo were all on the bench for the game.

Eze took to his Twitter to express his disappointment on not making the Super Eagles squad for the World Cup but also wished the team goodluck at the tournament.

“Sadly, my journey to #WorldCup ends here. I am disappointed to not make the final squad, but I want to thank our coach & management for the opportunity! ,” the PFC Lokomotiv Plovdiv of Bulgaria said.

“I wish my team the best & hope to join in celebrations when they bring the trophy home! GO #NIGERIA     ⚽️! #DefendLikeEze.”

Moses Simon who is struggling with an injury is surprisingly not among the players that have been dropped.

The forward will follow the team to London where he will have another scan.

He is expected to be among the three other players that will be dropped before the 2018 FIFA World Cup in Russia.