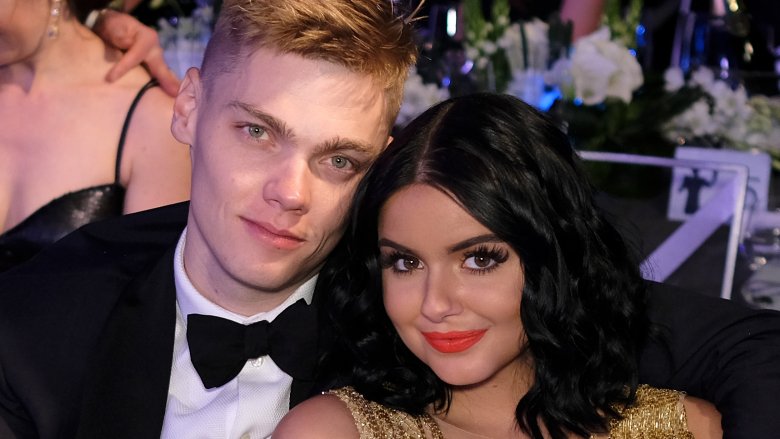 Some publications have gone out of their way to spread vicious rumors about Ariel Winter and Levi Meaden. Star magazine, for example, reported that Winter paid Meaden a monthly stipend. “I would NEVER pay my boyfriend any sort of allowance, nor would he ever accept if I offered,” Winter later refuted in a since-deleted Instagram post (via Page Six).

But that wasn’t the only time their relationship was put under a microscope. When Winter was 19 and Meaden was 29, she revealed on an episode of Jimmy Kimmel Live! that they were shacking up. “My boyfriend and I live together, and he cooks … he takes care of all the handy stuff,” she said.  “I can bake a pie occasionally.”

As one could imagine, the public was outraged about the young star’s living situation, and Winter clapped back during an exclusive interview with Refinery29. “I don’t understand why someone would even comment on our situation at all,” she told the publication. “There are tons of people of all ages that live with their boyfriend. There are tons of people that live with their girlfriends, [and] tons of people that don’t live together and are super happy. But I’m super happy in the arrangement that we have. We love living together.”

Rumors about their romance will likely only continue as the years go on, so long as Winter keeps on talking to the public about her romantic life. And we can’t imagine that stopping anytime soon.