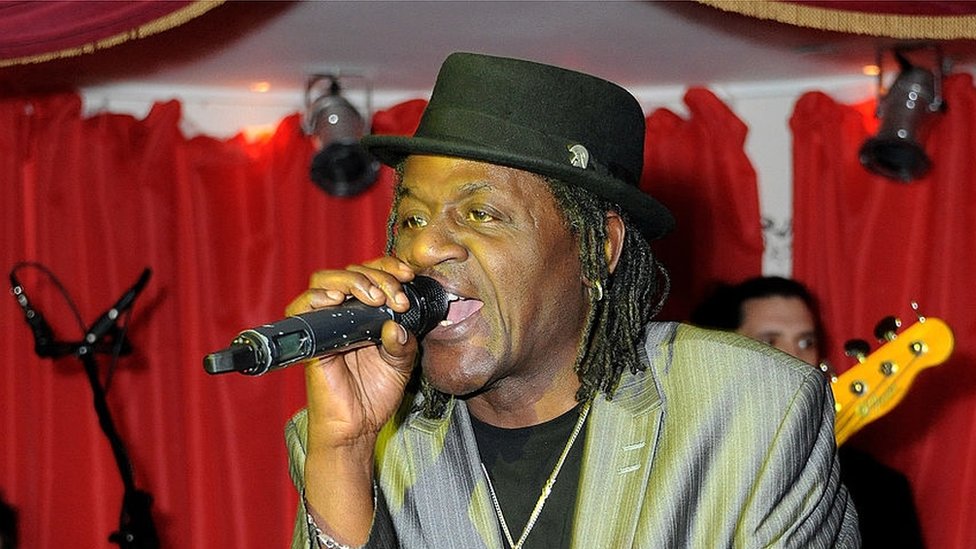 The Specials singer Neville Staple has spoken of the “heartbreaking loss” of his 21-year-old grandson being stabbed to death.

Fidel, son of Mr Staple’s daughter Melanie, was taken to hospital after being stabbed in Coventry in the early hours of Saturday.

He was found at the rear of Club M in Croft Road and later died in hospital, West Midlands Police said.

A man arrested on suspicion of grievous bodily harm is still in custody.

The force said it had launched a murder inquiry.

Mr Staple, vocalist in the Coventry ska band, wrote on Facebook on Saturday evening: “We are truly devastated to announce the heartbreaking loss of my grandson Fidel (my daughter Melanie’s son), who died today as a result of being attacked with a knife in the street.

“We want to thank the hospital staff & surgeons at UHCW University Hospitals Coventry and Warwickshire, who battled all day to try & save him.

“My beautiful daughter Melanie & wife Christine Sugary, all the family and myself are still shocked by this tragedy, but would like to thank you all for the kindness & messages we have received.”

He later posted: “We have the best fans in the world . . . so we ask that you help us turn our pain into a message.

“Let’s show the young people that this knife trend has to stop!”

The Neville Staple Band is due to play at Coventry’s Godiva Festival later and the family said the show will go ahead, with a message about knife crime.

Mr Staple’s wife, Christine, told the BBC: “Our daughter Melanie said she wants us to still do it.

“Neville wants to dedicate the performance to Fidel and we want to do a little bit of highlighting while we are there and use our profile for something good by highlighting just what is going on at the moment with the young people and the things that are happening with knives, and in some cases guns, on our streets.

“Fidel was just so handsome, so sweet, such a charmer, anyone who met him would always say ‘he’s just so wonderful, what a lovely boy’.

“But he had become a man, he’d reached 21, and he was just lovely, just amazing and I just can’t believe he is gone still, I really can’t.

“I think we are all still in shock really, we’re still quite numb. We did a lot of crying yesterday and a lot of stressing.”

Another man, aged 23, was found with stab injuries on Queen Victoria Road and remains in a serious but stable condition following surgery on Saturday afternoon.

Det Insp Harry Harrison, from the force’s homicide unit, said: “Sadly another young man has lost his life in a knife attack.

“Our thoughts are with his family at this dreadful time.

“We are aware that numerous people who were at the club at the time could have witnessed what happened and I would urge them to contact us with any information no matter how insignificant it may seem.”