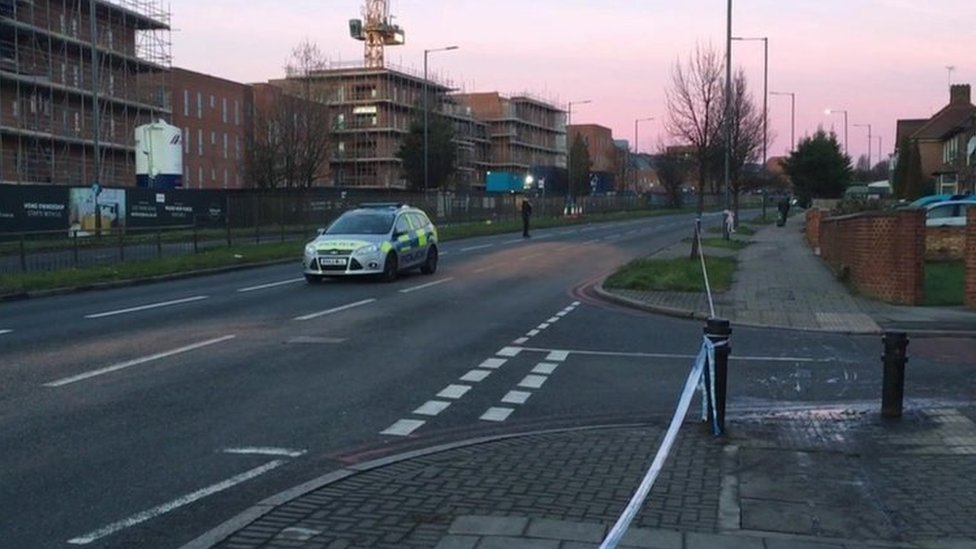 Two people killed in a car crash following a police pursuit in London are believed to have been young newlyweds.

Patrick McDonagh, 19, and his 18-year-old pregnant wife, Shauna, have been named in hundreds of tributes.

A car veered to the wrong side of the A40 near East Acton at about 21:00 GMT on Sunday before hitting a coach and killing a man and woman inside.

The car was being followed after reports of an armed burglary in Harrow.

It is believed the couple married last year and were expecting a baby girl in April. The unborn child is not believed to have survived the collision.

A second man who was in the car was taken to hospital and has subsequently been arrested on suspicion of aggravated burglary.

Around 20 minutes before the fatal collision, police had been called to reports of an aggravated burglary in Pinner.

A man in his mid 30s, a woman in her late 50s and a man in his late 60s said the door to their home was forced open and four men entered.

The suspects then threatened them with a large hunting knife and screwdriver and demanded valuables.

Police said the suspects threatened to kill the residents and one punched the man in his 30s in the face.

The Independent Office for Police Conduct is investigating the police pursuit.