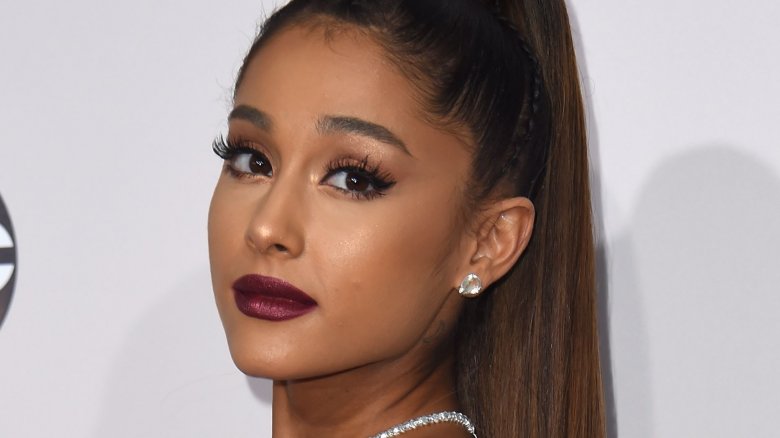 If there’s one thing pop star Ariana Grande is known for besides her powerhouse vocals it’s her iconic long ponytail. And Grande just said goodbye to it!

On Thursday, Nov. 15, 2018, Grande took to Instagram to show her 134 million followers a photo of herself with — gasp! — short hair. In the picture, which was edited with a cute bunny filter, Grande appears to have hair that comes just a little below her shoulders. While, at the time of this writing, Grande’s photo does not have a caption, she may have previously had one. Us Weekly reported that Grande wrote, “This filter took my eyebrows away but I promise they’re there.”

As noted by Us Weekly, Grande has been wearing her hair in a ponytail since November 2011 when she starred in Nickelodeon’s Victorious.

Grande previously opened up about why she often chose to wear her in a ponytail since then. In a January 2014 Facebook post, she shared that her hair had gotten damaged after years of dying it red while playing the character Cat Valentine in Victorious and Sam & Cat. “I had to bleach my hair and dye it red every other week for the first 4 years of playing Cat… as one would assume, that completely destroyed my hair. I now wear a wig on Sam & Cat,” she said. “I wear extensions but I wear it in a [ponytail] because my actual hair is so broken that it looks absolutely ratchet and absurd when I let it down.”

So, could Grande’s latest haircut be a way for her to deal with her recent breakup from fiancé and Saturday Night Live comedian Pete Davidson? It’s possible — who hasn’t gotten a new ‘do as a way to move on from an old relationship?

It’s also possible that Grande simply took out her hair extensions. But either way, she looks gorgeous, and we hope she keeps this look around for a while.