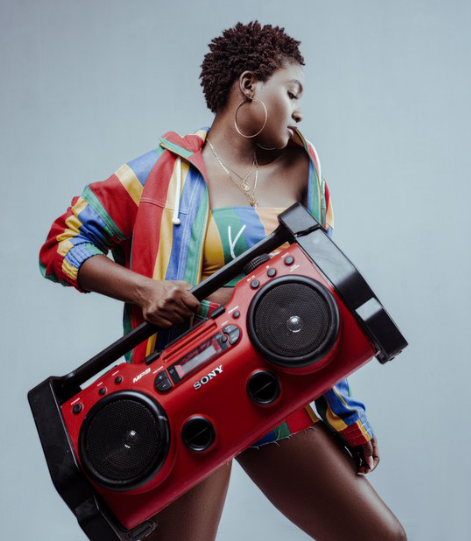 Simi schools her followers on feminism as she advocates for gender equality, Simi took to Twitter to speak about feminism and also to reply to followers who did not agree with her views on feminism. The singer began by tweeting: “Feminism makes many men feel so vulnerable, because you find that society that gave you your “superiority card” is starting to know (and want) better for women – and you donno wtf to do. Lol Gag is, if you support us, life is better for everyone. Don’t be afraid.”

She added: “I have a lot of female friends that shy away from feminism because they’re hung up on “some feminists are bitter”. Which one is your own? Do ur part. Feminism doesn’t alter anyone’s personality. But the core of the movement is the same. Don’t let anyone decide your path for you.@ 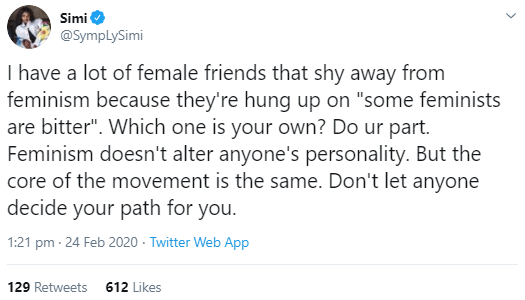 Some Twitter users called her out for her views and she responded to some of their tweets. @standard_og wrote: “I love when women stand for there rights and also know what they worth in the society….but the act of feminism? I don’t really like the idea.” And Simi replied: “But that’s what feminism is. Fighting for our rights to choose and be what we want. Fighting to get the things we deserve. Don’t you want that for us too?” @officialugo_ wrote: “Real feminism shouldn’t make any guy feel inferior. My problem is when some ladies think they can be a man, I’m like nah, we r all equal but at the same time we’re not. Everyone has a part to play and what I can’t do, you can and what you can’t do I can. Kelege megbe.” Simi said in response: “The only reason women have probably ever wanted to be men is – the privileges men have enjoyed. Besides that, why will any woman want to be a man? And now we want to share those privileges across genders equally. We’re different with diff strengths/weaknesses, but of equal value.” 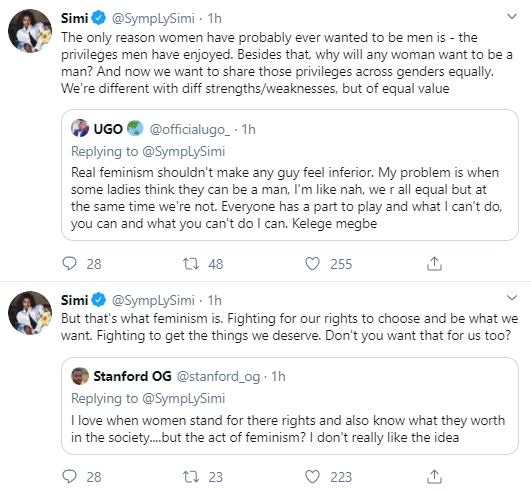 @igwe_of_Lagos slammed Simi for her views, writing: “And here i was thinking you have sense.” Simi replied to him: “I’m not offended by this. Lol. You know everything I’m saying is true. I don’t want bad for men. I just want more for women.” @theblackbe said to Simi: “Don’t be head strong lady Most feminist are single.” And she replied: “Lol. Most single people are happier than those in abusive relationships.@ She added: “Is ‘single’ now an insult?” A female Twitter user reacted, writing: “Simi I love you so much and you’re still the artist I listen to most but damn don’t be a feminist please We were made from these men so we can’t be equal with them But I don’t support maltreatment from men either.” Simi replied to her: “Omg. I love you, and I hope that you start to understand that no man in the entire world is more valuable than you are.” See the rest of the interaction between Simi and her followers below. 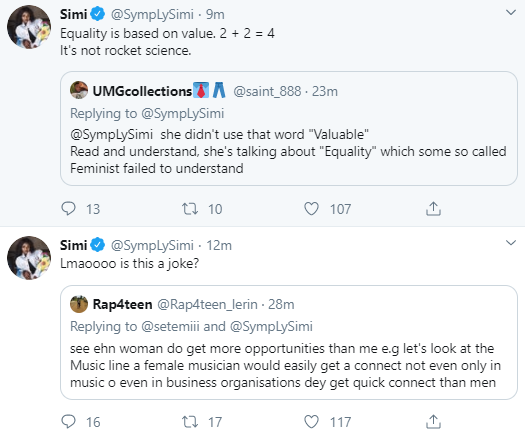 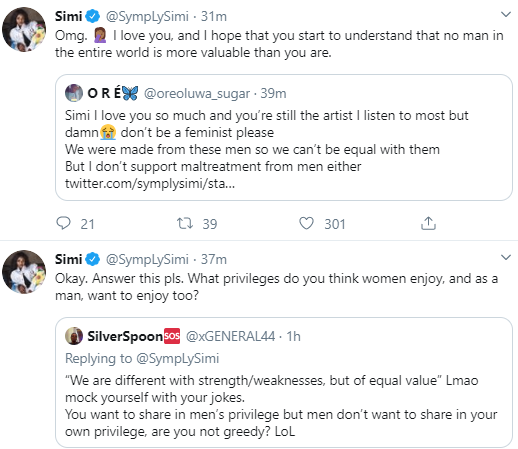 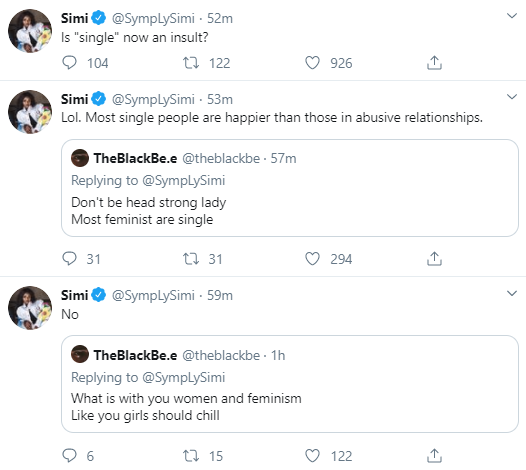 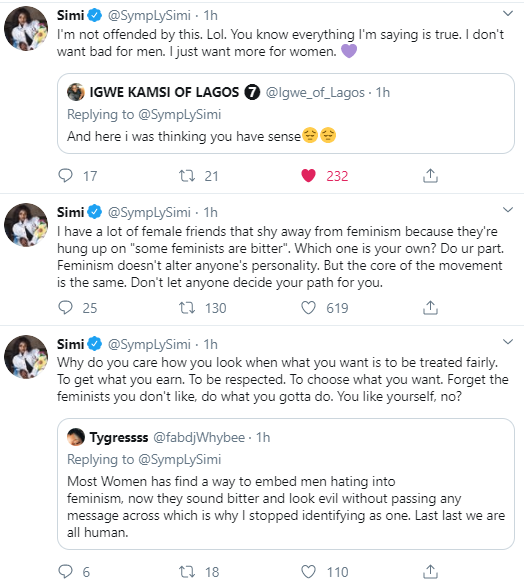