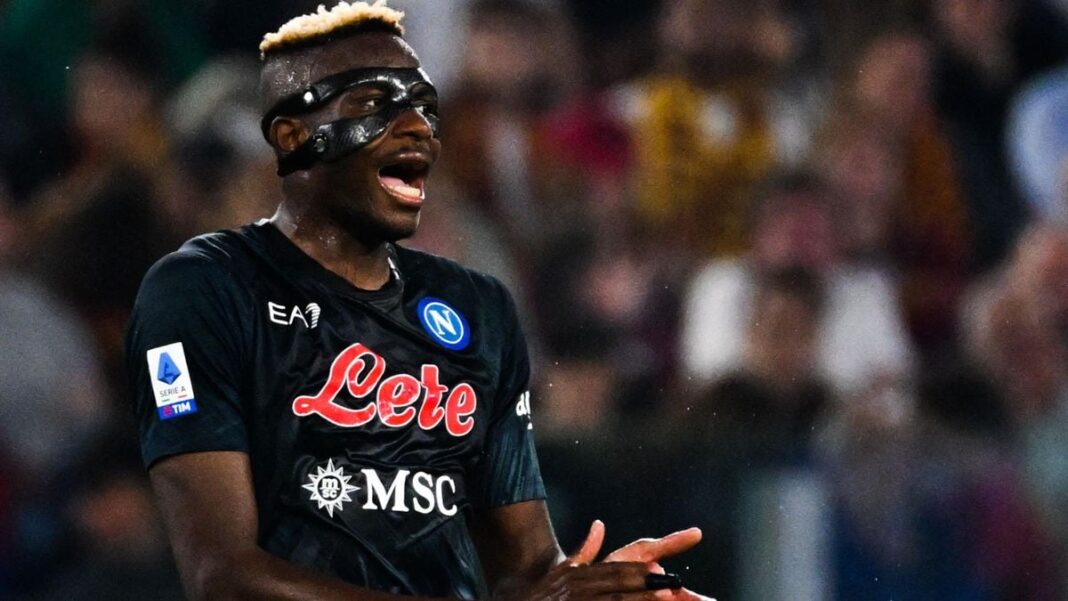 Napoli has celebrated Victor Osimhen’s feat as the highest-scoring Nigerian in the Italian top flight.

Osimhen eclipsed Simy Nwankwo’s previous mark of 31 after hitting the net in Napoli’s hard-fought 2-1 away victory at Atalanta last weekend.

The 23-year-old now holds the record with 32 goals.

It’s a remarkable achievement considering the array of Nigerian strikers who have played in Serie A in the past.

The likes of Obafemi Martins, Stephen Makinwa, and Obinna Nsofor once played in the Italian top flight.

Napoli took to social media to celebrate their forward.

“@victorosimhen9’s goal against Atalanta at the weekend saw him become the top-scoring Nigerian in @SerieA_EN of all time! ForzaNapoliSempre, ” the Serie A leaders tweeted.

Osimhen, who has scored in his last four Serie A outings for Napoli will equal Arkadiusz Milik’s record should he register another goal against Empoli today.

Milik was the last Napoli player to have found the net for five consecutive matches.