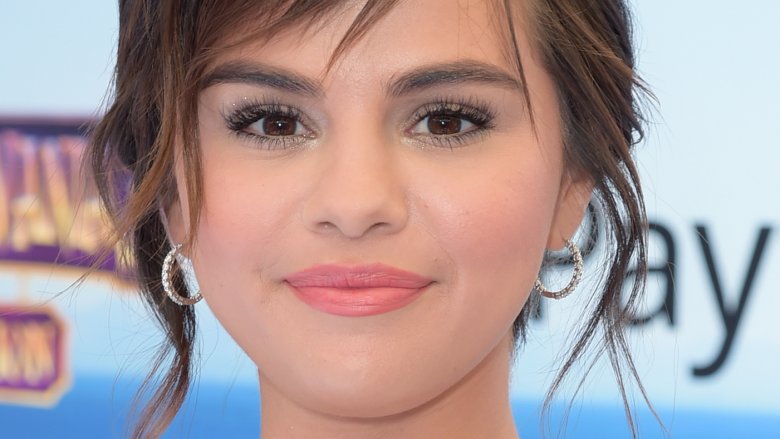 Singer Selena Gomez is securing her spot as a leading lady of Instagram with a record-setting post on the social media platform.

On Monday, July 23, 2018, Gomez celebrated her 26th birthday in style with an Italian-themed party aboard a yacht with close friends. And, as any young starlet would, she shared photos of her big day on Instagram. In the first of a series of pictures, Gomez, donning a strapless floral dress, smiles wide, looking off-camera. In other pictures, she poses with friends and shows off a collection of sweet instant photos from her birthday bash. “Another year down,” Gomez wrote in the caption. “Thank you for all the bday love. I couldn’t be more appreciative of you and my best friends for celebrating with me. I love you guys like crazy! God bless!”

And with that, Gomez squashed the record for the fastest Instagram post to accumulate 1 million likes. According to TooFab, it took Gomez just 13 minutes to steal the top spot from singer Beyoncé, who’d previously held the record with both her February 2017 pregnancy announcement and July 2017 reveal of twins Rumi and Sir Carter. At the time of this writing, Beyoncé’s two posts boast 11,248,723 likes and 10,332,309 likes, respectively.

Gomez’s Instagram post, on the other hand, has amassed 8,907,912 likes, with more probably on the way in the coming days. Considering that Gomez has 139 million followers on Instagram — more than any other user on the social media platform — it certainly makes sense how she’d be able to grab all those likes in such a short period of time.

But earning all those likes on her birthday post wasn’t the only major Instagram feat that Gomez pulled this week. She also found herself in a top spot on the Instagram Rich List – a list complied by UK-based Instagram post scheduler Hopper — that revealed which Instagram users make the most money for sponsored posts on their accounts. Gomez ranked second on the list behind reality TV star and beauty mogul Kylie Jenner (via Harper’s Bazaar). While Gomez can reportedly receive an impressive $800,000 per post on the platform, Jenner can allegedly rake in a cool $1 million for each ad she posts on her Instagram page.

Selena Gomez is no stranger to receiving top marks on Instagram. Besides boasting a photo that reached 1 million likes in a brief 13 minutes and making the Instagram Rich List, she had once held the most-liked Instagram post of all time with a June 2016 ad that showed Gomez sipping from a Coca-Cola bottle, which currently has 6.9 million likes. Beyoncé later beat Gomez’s record with her iconic pregnancy reveal.

In April 2017, Gomez broke her own personal record for most-liked Instagram photo when she shared a cute picture of herself and then-boyfriend The Weeknd (real name Abel Tesfaye). At the time of this writing, that photo has over 8.16 million likes.

Outside her influential Instagram presence, Gomez has a busy work schedule. She’s been promoting her new movie Hotel Transylvania 3: Summer Vacation, in which she voices Count Dracula’s daughter Mavis. She’s also been working on a new studio album, though not too many details have been revealed about it quite yet. In March 2018, she revealed that she was “finishing up” her upcoming album, noting, “There’s no date, there’s no idea for it, but I have a lot of music that I’ve collectively put away” (via Billboard). However, Gomez may have since worked out a release date for her next record, as she teased that new music was coming “so soon” while at the red carpet premiere of Hotel Transylvania 3 on June 30.