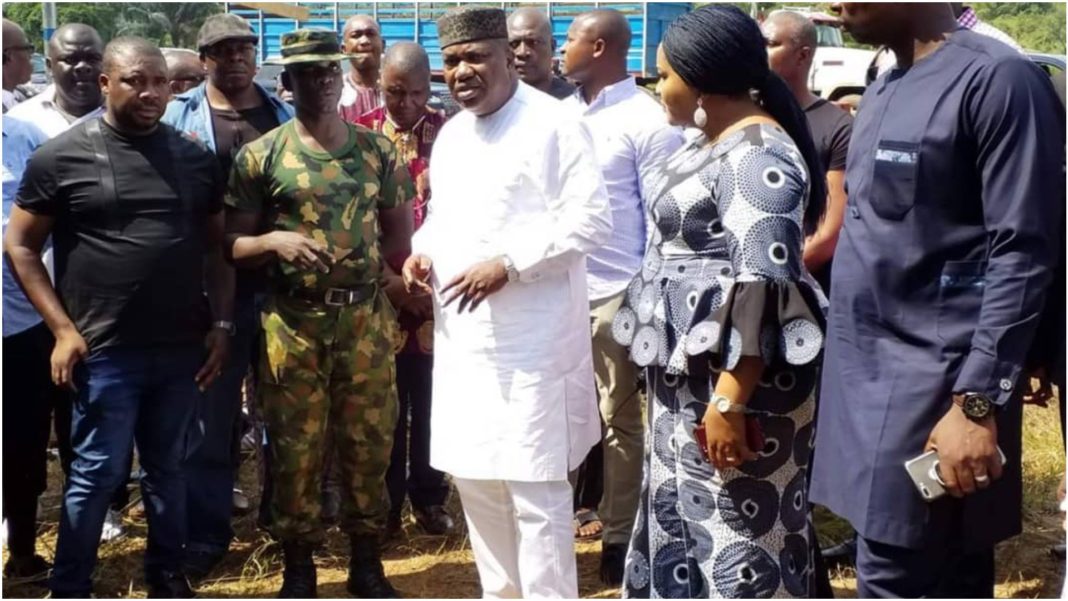 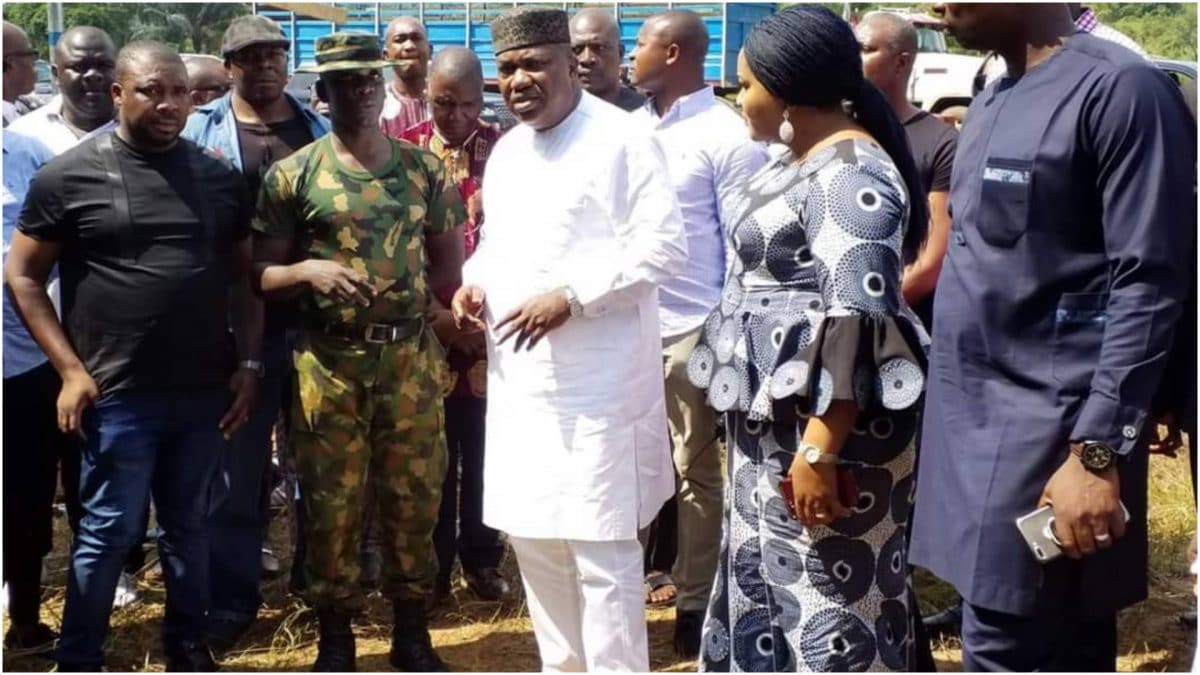 Governor Ifeanyi Ugwuanyi of Enugu State, Monday, visited the Umuogbua Ihe tunnel along Enugu-Port Harcourt Expressway by Awgu Local Government Area, which serves as a hide-out and escape route for kidnappers operating in the area.

The governor equally inspected the ongoing construction of a military base along Enugu-Port Harcourt Expressway by Umuogbua Ihe, Awgu LGA and further directed that the bushes around the tunnel/kidnappers’ den should be cleared immediately.

Gov. Ugwuanyi who was taken round the locations by the Chairman of Awgu LGA, Hon. Stanley Okeke, members representing Awgu North and South state constituencies, Hon. Mrs. Jane Eneh and Hon. Johnson Chukwuobasi, respectively and other stakeholders of the council, disclosed that a joint security patrol team will commence an extensive surveillance of the affected areas to ensure maximum security and strict compliance with the directives.