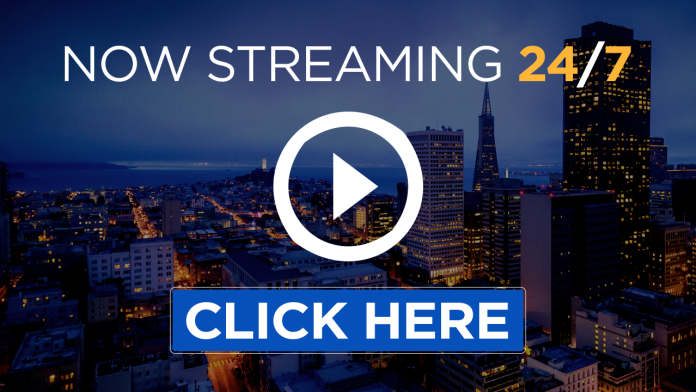 By Terry Paul
July 19, 2022
LIVERMORE, Calif. (KGO) — Livermore police are searching for the man who allegedly shot three people at a bowling alley Saturday night, killing one of them.

Police say they are looking for 27-year-old Roger Aleman Garcia, detectives believe he shot and killed 28-year-old Antonio Vargas at the Granada Bowl.

Livermore Police are asking for public’s help for the whereabouts of the suspect responsible in the fatal shooting at Granada Bowl (1620 Railroad Avenue) over the weekend.

He has been identified as 27 y/o Roger Aleman Garcia (pictured) also known as Roger Aleman.#LivermorePD pic.twitter.com/qNuZ1c4S7Q

“I really hope that they catch him,” said Vargas’ friend Nancy Suarez.

“I couldn’t sleep last night, all night. I literally got to work they were like, are you okay? He was a loving person and he deserved the world, he did not deserve that, and it’s very shocking that this happened to him,” said Suarez.

Police say, Garcia, is a “convicted felon with an extensive prior criminal history including assault with a deadly weapon.” They say he was prohibited from possessing a firearm.

“She said there was a shooting at the bowling alley, we were having her birthday party, and I saw the man pull the gun out of his waistband and I yelled ‘gun run’,” said a witness by the name of Cheryl. She is describing her talks with those who were inside Granada Bowl for an 8-year-old girl’s birthday party. That little girl ran to a nearby garage and hid after shots were fired Saturday. Cheryl and others helped find the girl.

“She was absolutely terrified. She didn’t even want to come out of the garage,” said Cheryl.

Now the focus is on finding Garcia, police believe the shots were fired after a verbal fight turned physical.

“I just want him to be found. I want him to be, I just want them to take him for what he did. He does not deserve to be out here living his life when we just lost a great angel, the sweetest angel ever,” said Suarez.

Garcia’s whereabouts are unknown but many friends of the victim’s family worry that if he isn’t in the area he’s attempting to cross the border into Mexico.

On Monday, the Livermore Police Department posted Garcia’s mugshot on its Facebook page with details about Saturday night’s deadly shooting. The post went on to say that Garcia remains at large and should be considered armed and dangerous.

Anyone with information on the suspect’s whereabouts is urged to call the Livermore Police Department’s anonymous tip line at (925) 371-4790. Livermore police are offering a reward for information leading to the arrest of Garcia.