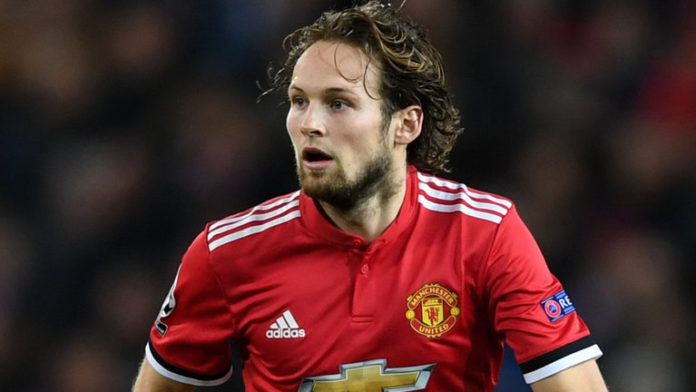 Roma are in negotiations with Manchester United over the signing of Daley Blind,  according to Sky news in Italy.

It is understood Blind would be happy to make the move to Italy after falling down the pecking order at Old Trafford, but sources understand no agreement has so far been reached between the clubs.

Roma are looking for a replacement left-back after Emerson Palmieri joined Chelsea for on a four-and-a-half-year-deal for a £17.6m fee, plus £7m in add-ons.

Blind has struggled to nail down a starting place in the United team and is seen as a squad player by Jose Mourinho who has picked Ashley Young, Luke Shaw and Marcos Rojo ahead of him.

It is understood that United want to recoup the £13m fee they paid for the Dutch defender, who joined the club from Ajax in 2014.