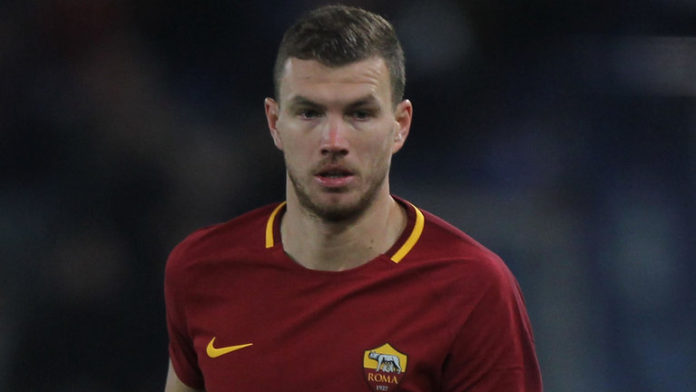 The 31-year-old former Manchester City forward is understood to want a basic salary of £90k-a-week, and a contract to run until the summer of 2021.

It is the latest twist in Chelsea’s search for a new striker, following Roma’s denial on Thursday that a deal had been agreed for Dzeko.

It came after reports from Sky in Italy on Wednesday that Chelsea and Roma had agreed a deal for Dzeko to move to Stamford Bridge, and that it was now down to the Premier League side to agree terms with the player.

Chelsea have reportedly targeted several strikers in the January transfer window, including West Ham’s Andy Carroll and Ashley Barnes of Burnley, as the club continue to search for someone to share goalscoring duties with Alvaro Morata.