Residents who admit to pot use turned away at U.S. border, says Estevan, Sask., mayor 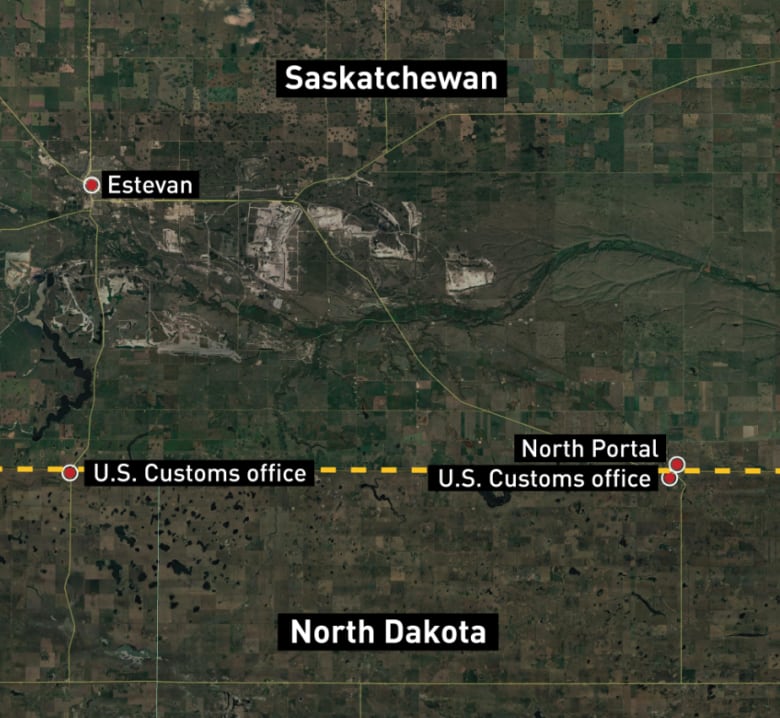 The mayor of Estevan, Sask., says local residents have been turned away at the nearby U.S. border after admitting to past pot use.

“Even people that might have smoked it 20, 30 years ago, they’re being asked, ‘Have you ever smoked cannabis?’ when they get to the U.S. border. We understand some people have said yes, that they have, and have been turned back.”

Ludwig said several Estevan residents have undergone strict questioning at the U.S. border since recreational cannabis was legalized in Canada less than two weeks ago. He said he knows of two people who were turned away and not allowed to cross the border. 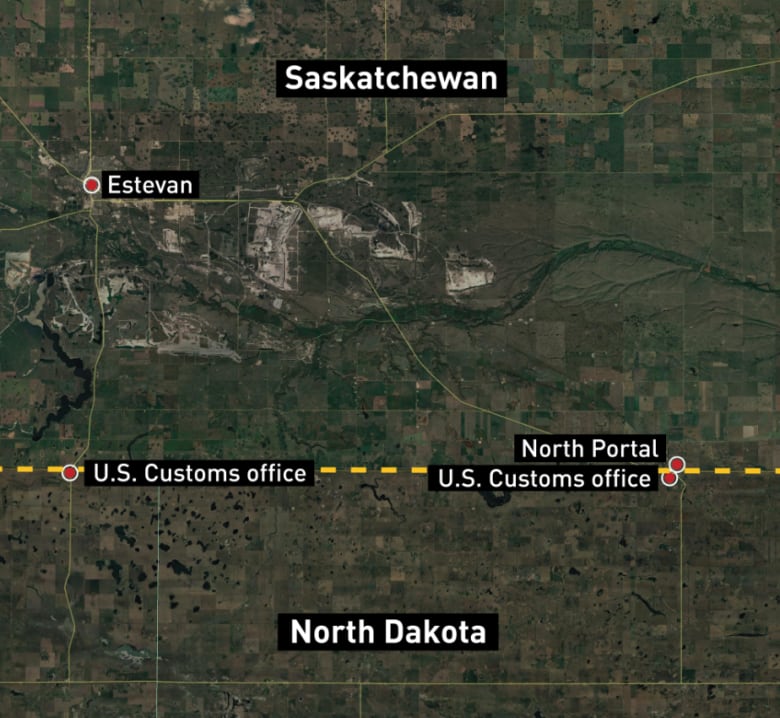 Estevan is located just 16 kilometres north of the border with North Dakota. (CBC)

Recreational cannabis use is not legal in North Dakota, and pot possession is still illegal under U.S. federal law.

The Canadian government warned people pre-legalization that “previous use of cannabis, or any substance prohibited by U.S. federal laws, could mean that you are denied entry to the U.S.”

Not everyone who wants to cross the border is reacting the same way to those rules, according Ludwig.

“Some are saying the truth, saying yes, they have smoked it, and then some that have smoked are saying no because they’re scared that they may be banned for life,” he said.

Estevan is one of the 32 Saskatchewan communities that either has or will have a recreational cannabis store. It’s the southernmost place people will be able to buy legal cannabis in Saskatchewan.

The community was originally supposed to get two stores, but the city — after consulting Estevan Police Services —  asked that the second permit be put off until factors like traffic could be reviewed after the first store opened.

That store is being prepared by Prairie Sky Cannabis, the same company currently operating legal pot stores in Martensville and Battleford. They operate those stores under the name Jimmy’s Cannabis. 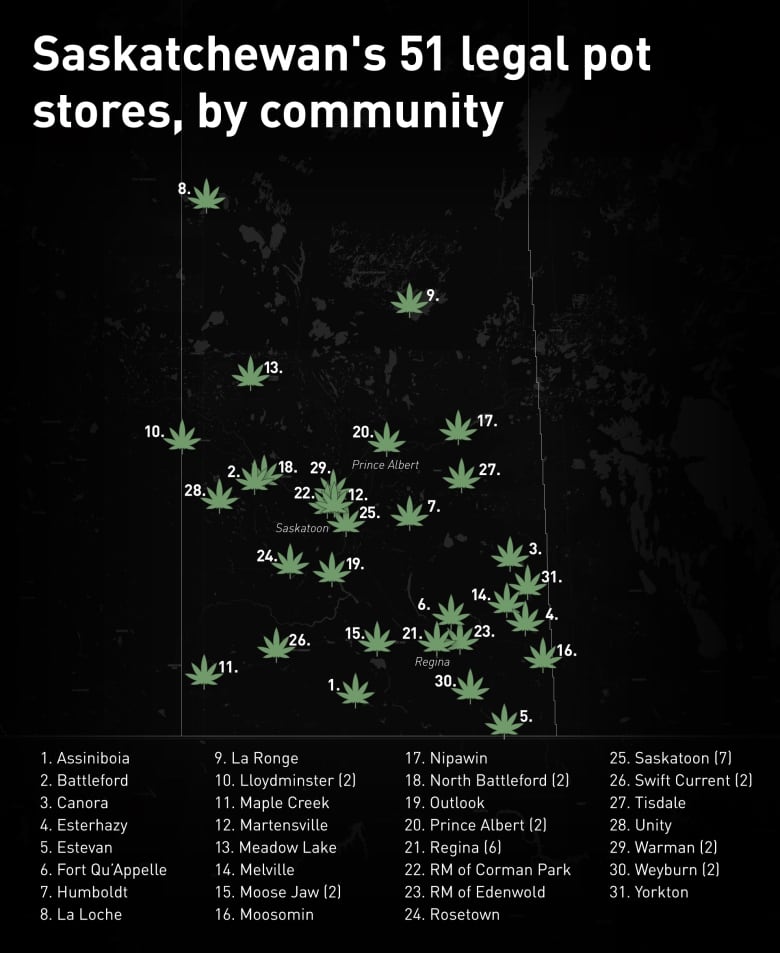 Estevan’s legal pot shop will be the southernmost one in Saskatchewan. (CBC)

Everything, except a steady supply stream, is in place for the Estevan store to open soon, said John Thomas, the president of the company.

But that store will create a new wrinkle for American travellers coming to Estevan.

An American customs official recently told CBC News that those found at the border with cannabis on their person, or in their car, could face arrest and prosecution by U.S. officials. 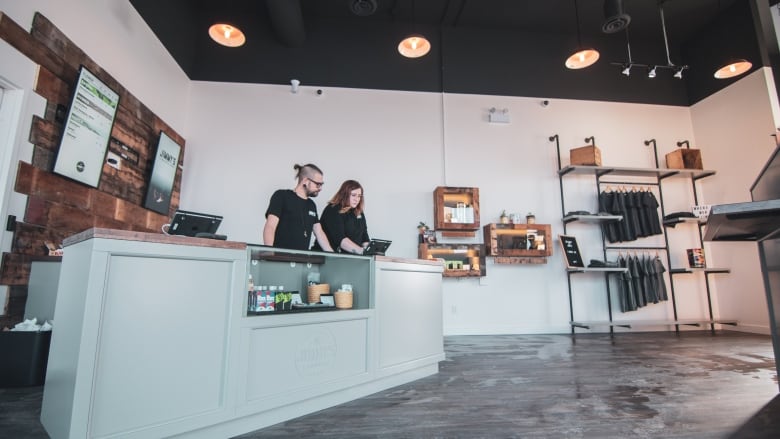 The president of Jimmy’s Cannabis, which owns a store in Martensville, above, says his planned Estevan store will focus on pre-rolled cannabis as a way of encouraging people to consume on this side of the border. (Prairie Sky Cannabis)

That’s why the Jimmy’s Cannabis store in Estevan might tweak its product line compared with its sister stores.

“There might be more things like pre-rolls and things that are higher-convenience for short-term use [inside Saskatchewan],” said Thomas.

Stay overnight for the ‘fine hotels’

Ludwig said city councillors have talked about whether the flow of cannabis-craving Americans into Estevan might  present the community with a business opportunity that also discourages people from driving under the influence.

“People advertising and saying, ‘Stay at some of our fine hotels and enjoy some of our fine restaurants and indulge in cannabis if you want to try it out. And then stay overnight and go back sober.’

“We haven’t done that yet,” said Ludwig, “but we’ve definitely talked a little bit about it.”