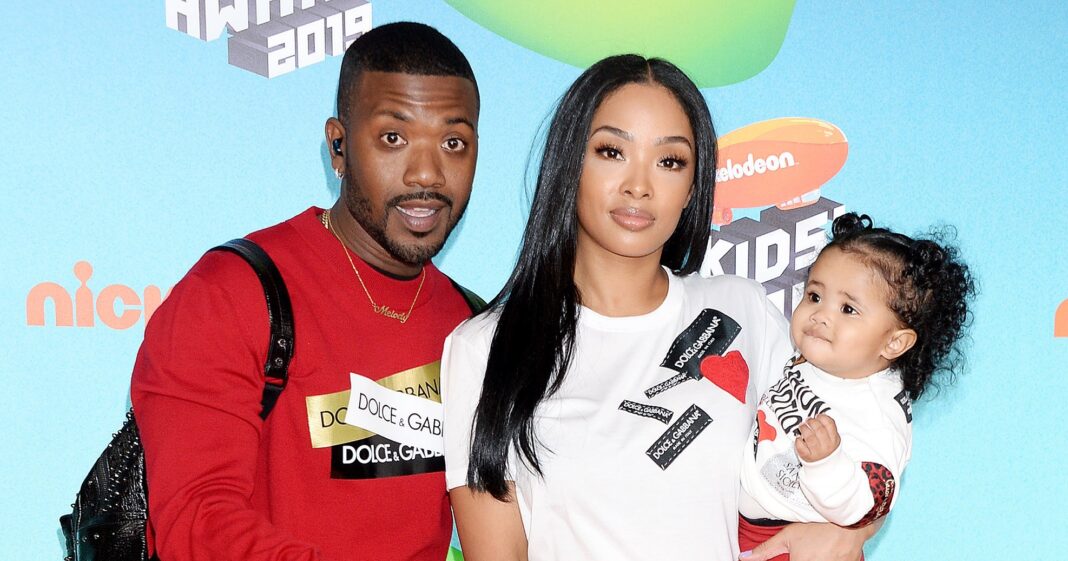 Ray J may be in hot water with his pregnant wife, Princess Love, as she claimed that the singer-rapper left her and their 17-month-old daughter, Melody, behind in Las Vegas.

Princess, who is eight months pregnant, shared the alleged revelation beneath a family photo the 38-year-old “One Wish” artist posted of the trio at BET’s Soul Train Awards in Las Vegas on Sunday, November 17. She claimed that the pair had no way of getting back after the music event.

“Left me and Melody stranded in Las Vegas and blocked me from calling,” the 35-year-old wrote. “Now you wanna post family photos. #ByeUgly.”

She continued, “I’m over 8-months pregnant and I don’t even want to have to stop for gas or go into labor with all of this human trafficking going on.”

Though Ray J has since deleted the photo that featured Princess’ comment, he initially captioned the post: “Thank you @bet. #SoulTrainAwards @princesslove @melodylovenorwood.”

The For the Love of Ray J star has yet to comment on the matter, but his rep confirmed to Us Weekly that Princess’ claims are “not factual.”

After nearly two years together, Ray J and Princess wed in August 2016 at the Vibiana in Los Angeles. They welcomed their daughter, Melody, in May 2018 and announced that they were expecting a second child together in August of this year.

The Love & Hip Hop stars’ romance has been filled with highs and lows over the years. In January 2018, the duo’s relationship encountered a major roadblock when Ray J posted a since-pulled video announcement that featured a woman in the background — who wasn’t his wife — donning a towel as he walked through his bathroom. In 2014, TMZ additionally reported that their breakup at the time led to a fight over who would get custody over their dog, Boogotti.

Despite the pair’s ups and downs over the years, the reality TV stars have always proved to come back together. Speaking with Yahoo! Lifestyle in August, Princess opened up about their initial split. “We kind of, like, broke up for a little bit and when we got back together, that’s when he proposed to me,” she explained.

Princess also noted that Ray J “felt like someone I’d knew already” early on in their romance, and added that they always had “a comfortable energy.”

“We really did it the traditional way, which is shocking,” Ray J told Yahoo! Lifestyle. “I proposed, we got married. Then, by the grace of God, Melody was born and we lived happily ever after. It’s love!”