Rapper, Gucci Mane alleges his artiste, Pooh Shiesty is being subjected to cruel and unusual conditions at prison he was transferred 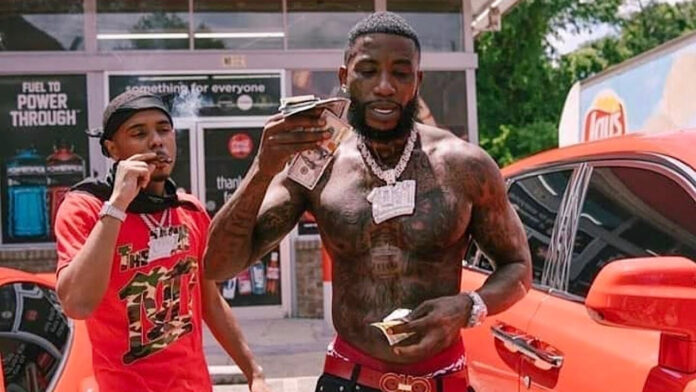 American rapper, Gucci Mane has raised an alarm about his artiste, Pooh Shiesty being subjected to cruel and unusual conditions at the prison he was transferred.

Gucci made the claim in tweets he shared on Wednesday, December 14. He claimed Pooh only gets one hour out of his cell each day and gets food trays without any food on them.

Pooh’s attorney Bradford Cohen also made same claim, alleging that his client has been in 23-hour lockdown each day for about the last 6 months at FCI Pollock in Louisiana.

He accused prison officials of screwing Pooh’s mail, holding back letters from family and fans, and blocking mail he sends out to loved ones.

Cohen who alleged that it took him 2 to 3 weeks just to set an appointment with Pooh, also claimed his family is having an even harder time visiting him.

Pooh was handed a 63-month sentence after being convicted of firearm possession related to a 2020 shootout in southern Florida. Though he was asked to do his time at a prison about 200 miles from his Tennessee home, he was sent to Pollock which is about 1500 miles away from his kinfolk.

Distance aside, he can’t have visitors while in lockdown. Cohen added that it’s a virtual impossibility for Pooh to see his family and friends.

TMZ reported that the Federal Bureau of Prisons declined to comment on the specific allegations, but said there are several factors that determine where an inmate is placed such as the level of supervision needed and/or medical needs.