Quebec conspiracy theorist, who believes 9/11 was a false flag operation, to run for Maxime Bernier’s party

Ken Pereira co-hosts a YouTube channel that advances conspiracy theories, including one that claims an international ring of pedophiles has infiltrated governments and the entertainment industry. (Radio-Canada)

Former union leader Ken Pereira, a conspiracy theorist, will run in the federal election for the People’s Party of Canada, the new political party led by Maxime Bernier.

Speaking with La Presse Canadienne, Pereira touted Bernier’s “courage” while describing him as “a career politician who took a chance with a new vision by leaving the Conservatives.”

After serving as an MP for Beauce since 2006, Bernier ran for leadership of the Conservative Party in 2017. After placing second, he resigned and started his own party saying he had conflicting opinions with the candidate who beat him — Andrew Scheer.

Pereira will run in the riding of Portneuf–Jacques-Cartier, which covers the area northwest of Quebec City, Bernier confirmed to Radio-Canada on Tuesday. The riding is currently held by the Conservatives.

On a YouTube channel he co-hosts, Pereira speaks about a purported international ring of pedophiles that performs occult rituals. He also claims the Sept. 11, 2001, attacks on the United States were a false flag operation to justify new wars.

In a video published earlier this year, he says that “pedophilia is part of the daily life” of politicians, celebrities and other powerful people around the world.

He said that “Pizzagate,” the baseless claim that a pizzeria in Washington, D.C., was part of a pedophile ring that implicated the Clintons, is used by the media to discredit this larger conspiracy theory.

Pereira, citing his shared values with the People’s Party, told La Presse Canadienne he wants to defend “the interest of Quebecers and Canadians, and in particular the middle class,” who he said has been abandoned for years.

“If you do not send your children to private school, or your friends or family to a private clinic, you’ve never been well served,” he said. Bernier’s party supports a larger role for the private sector in the health-care system.

Pereira is an active Twitter user, where he often weighs in on international issues and is a frequent critic of Justin Trudeau and Barack Obama.

He also shares articles that claim investigations into the administration of President Donald Trump are the work of a “deep state,” the unfounded belief that a network of unelected officials secretly wields power in Washington.

Pereira told La Presse Canadienne that one of his motivations for entering politics is working to protect whistleblowers. 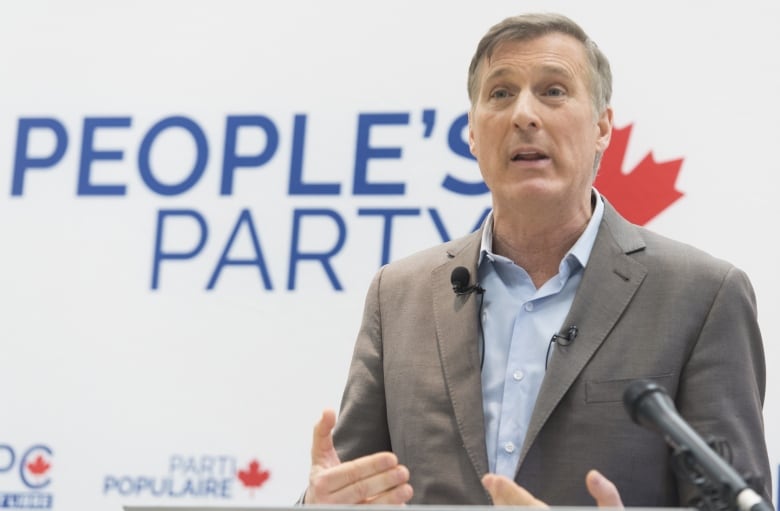 People’s Party of Canada Leader Maxime Bernier is the vehicle for change, according to the party’s newest candidate, Ken Pereira. (Graham Hughes/Canadian Press)

In 2013, he made headlines when he testified at the Charbonneau Commission, a public inquiry into corruption in Quebec’s construction industry.

Pereira was one of the key witnesses at the inquiry. He exposed that Jocelyn Dupuis, who headed the construction arm of the Quebec Federation of Labour, FTQ-Construction, was defrauding the union with inflated expense reports.

His testimony also helped reveal links between the union and organized crime.