Prince Harry’s No. 1 Fan Dies at 99, Days After He Sent Her a B-Day Letter 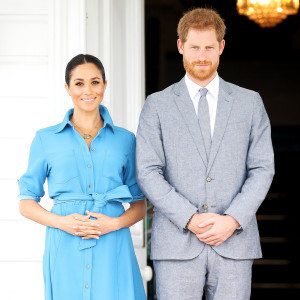 One of Prince Harry’s most devoted fans, Daphne Dunne, died on Monday, April 1. She was 99.

“It is with the saddest of hearts that I would like to share the news that our most beloved mum and nanna, Daphne Dunne, passed away peacefully yesterday morning,” her family members announced on Instagram on Tuesday, April 2. “She was a truly special lady who will be greatly missed by so many. The simple act of stoping Daphne in the street and holding her hand meant more to Daphne than anyone could ever imagine.”

The family noted that Dunne, who dubbed herself “Prince Harry’s Australian Grandma” in her Instagram bio, “spent a large part of her life representing the women of the Australian Army and her two husbands Lt. Albert Crowne VC MM and John Patrick Dunne, ensuring that their service to Australia was never forgotten.”

“It is fitting that Daphne passed away on the first of April as it is a month of renewal, remembrance and reunification with her loved ones that passed before her,” the statement continued. “We love you mum/nanna/Daphne, always and forever.”

According to multiple reports, Dunne died after a battle with pneumonia.

“Harry is very sad about the passing of Daphne,” a source tells Us Weekly. “He had known and loved her for so many years, and whenever he was in Australia, he knew to look for her. They had a very special bond.”

The news comes just days after Dunne received a special letter from Harry, 34, and his wife, Duchess Meghan, to celebrate her birthday.

“My wife and I send our warmest wishes to you on the occasion of your 99th birthday on Friday,” Harry wrote in the card. “We hope you have a wonderful celebration surrounded by family and friends and that you’ve managed to escape hospital. Congratulations on reaching this important and impressive milestone before your centenary year next year. Happy birthday, Daphne. Best wishes, Harry and Meghan, the Duke and Duchess of Sussex.”

Dunne first met Harry in 2015 when he visited Sydney. They crossed paths again during the 2017 Invictus Games and a third time in October 2018, when a pregnant Meghan, 37, finally had the pleasure of meeting her husband’s longtime admirer.