Wowplus
Home World News ‘I prevented the terrorists from bombing a church on Christmas Eve’ –... 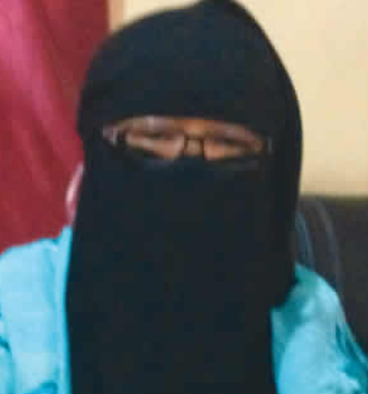 Hajiya Aisha Wakil, aka Mama Boko Haram, has revealed how she prevented the terror group from destroying a Church on Christmas eve last year. In an interview with Punch, Mama Boko Haram, who got the nickname due to her closeness to the insurgents, said:

“They planned to bomb St. Augustine’s Church on December 24 last year. One of them called me on that day to find out whether I had travelled. There was a pickup van loaded with explosives in front of the church. I told the caller that I had not travelled and I immediately rushed out and saw the boy that was to carry out the suicide mission. They had already prepared him for the exercise. He had already been given the injection and prepared him for burial. The boy was just moving and murmuring. I quickly called the (Boko Haram) boys and told them that I can see a vehicle parked and that a boy was moving towards it. They told me that the boy was the suicide bomber. They asked why I did not travel again and I told them that my brother, a reverend father, visited Maiduguri and that we would be travelling together after Christmas.”

“I instantly told him that I was right inside the church (targeted for bombing) with my brother because I brought food for him. I told them that I was not ready to leave the church, daring them to do their worse. They were then confused and asked what I wanted to become of the boy they had prepared for the suicide mission, and I asked them to send the boy away to the nearby bush; after all, he had taken the oath to die, so he should go and die alone. They asked me to leave the church premises but I told them that I wouldn’t go until they had diverted the boy away. After some time, they told me the boy had left and one of them said, ‘I can see your car driving out’ but I didn’t go with my car. This is to show how God works. God planned this. I do not know where a black car came out from that made them to believe I was around the place. So they drove the pickup van away. When I did a follow-up, I learnt that the boy had died because he had taken an oath and they had given him an injection preparing him for death. If you take the injection, you can never be yourself again. I then warned them that on no account should they target places of worship for bombing again.”

“Pray for us that are suffering in Sambisa forest” Soldier pleads with Nigerians
Maheeda goes topless in racy Instagram photos
Photos: Borno state governor, Kashim Shettima, attends burial of a gallant soldier killed in a recent Boko Haram attack
We really love each other but our parents are being difficult
Wall Street Journal claims that Nigeria paid €3million for the release of Chibok girls
Deaths in Kogi State over Several Months Unpaid Salaries Worker Cry Out
Photos: Boko Haram terrorists meet their waterloo in the hands of Civilian JTF in Borno
Fetty Wap’s ex and babymama to-be Alexis Skyy flaunts her blossoming bump in skintight jumpsuit (Photos)
Boko Haram Terror group reportedly abducts over 30 villagers in Borno
Burna Boy Singer to feature on Fall Out Boy’s album “Mania”
Chibok Girls Soldiers rescue another abducted schoolgirl
The Stubborn Boy(Xtream Comedy)
Nigerian Army captures 220 Boko Haram Insurgents In North-East
“The Illuminati is real. They’re trying to destroy me”: Rapper stitches says as he threatens to commit suicide
Check out the Christmas tree brows which have become the beauty trend for the festive season
Bride-to-be is left heartbroken after another lady appears in church to claim she’s dating her partner (Photos)
DMX – Rudolph The Red Nosed Reindeer