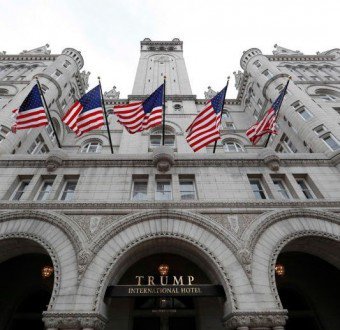 People have gone on Yelp, a site that publishes crowd-sourced reviews about businesses, to  strike at Donald Trump over his description of African nations, Haiti, and El Salvador as “shithole countries”.

Trump hotels across the country are being targeted by Yelp users leaving one–star reviews and describing the facilities as shitholes. The effort caused the luxury Trump International Hotel in Washington, DC, to temporarily drop to a two–star rating, down from its average of four or five stars. 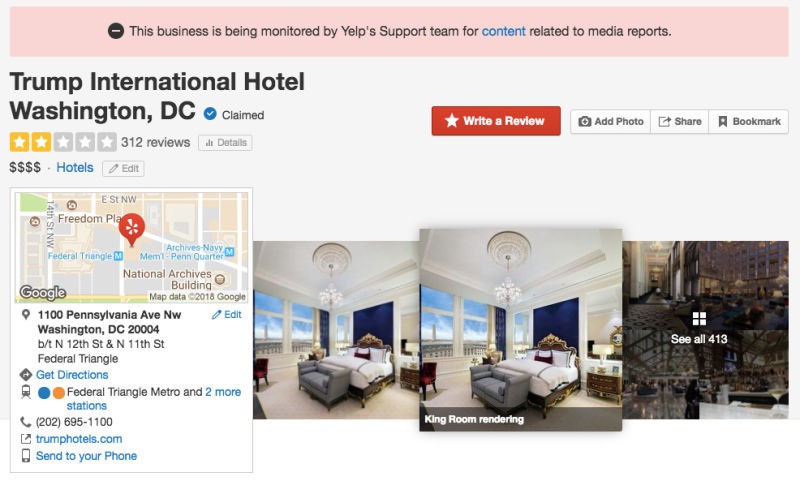 Several of the fake reviews are hilarious.

Matthew O. from Columbus, Ohio, wrote about Trump International Hotel in DC: “Absolute shithole. All of the white bed sheets had two holes cut in them. The showers were golden. The steaks were way over cooked and slathered in ketchup. I asked for bottled water instead I was force-fed a bucket of chicken and 8 Diet Cokes. This place is such a shithole.”

David K. from San Antonio, TX, called it “A real shithole. Owned by a malignant racist. Pee on the sheets. KKK in the lobby. Russians all over the place. Sad! Steaks over cooked with ketchup. Bibles in the rooms are missing lots of commandments. Mini-bar only has diet coke and Big Macs. Fourth rate shithole.” 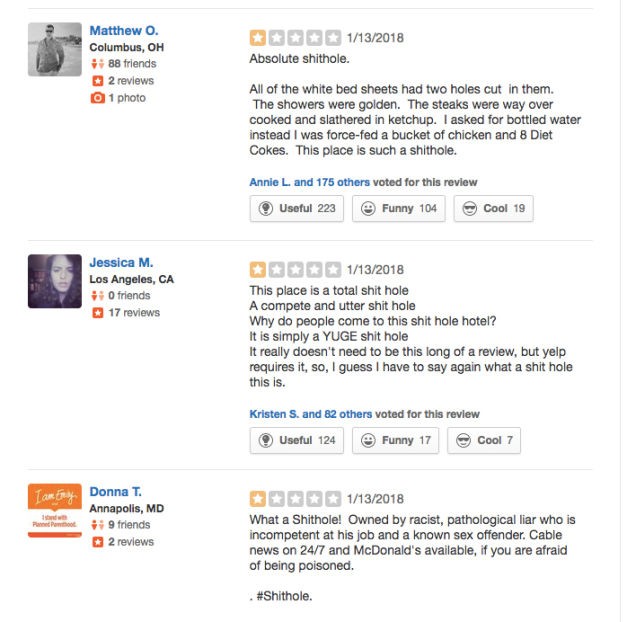 “The pillows with Putin’s image on them were off-putting to say the least,” Mike S. from Chicago said about the Trump International Hotel & Tower Chicago.

“Bad experience. Excuse my French, but the place is a freakin’ [email protected] They do a pat down on women upon entering building and it’s just an excuse to grab your private parts. wtf?” said Denise M. from Escondido, CA, about Trump International Hotel Las Vegas.