President buhari departs US for Nigeria 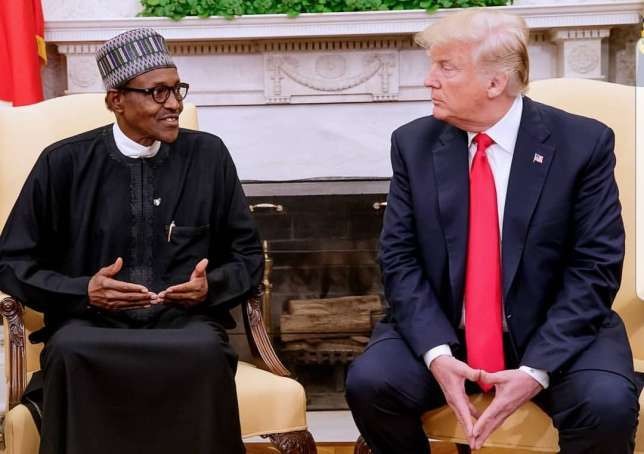 President buhari departs US for Nigeria

This was disclosed on Twitter by Bashir Ahmad, the Personal Assistant to the President on New Media.

President Buhari has departed the United States for Abuja, after talks with President Donald Trump.

This was disclosed on Twitter by Bashir Ahmad, the Personal Assistant to the President on New Media.

Ahmad tweeted: “President @MBuhari has departed Joint Base Andrews Airport for Nnamdi Azikiwe Airport, Abuja after a Working Visit to Washington DC where he had a bilateral talks with US President @realDonaldTrump, and met with a group of business executives. #PMBinDC.”

President Trump on Monday, April 30, 2018, commended President Buhari for his fight against corruption in Nigeria.

Trump made this known while addressing journalists at the White House after his meeting with Buhari.

According to the US President, with the progress that Buhari’s administration is making in the fight against corruption, investors from the US will be willing to do business in Nigeria.

Trump speaks up for Nigerian Christians

President Trump also condemned the killing of Christians in Nigeria, saying it is unacceptable.

He said “We have had very serious problems with Christians who are being murdered in Nigeria, we are going to be working on that problem very, very hard because we cannot allow that to happen.”

President Trump also revealed that the US recently sold 12 US A-29 Super Tucano aircraft to Nigeria.