Premier League ‘has made me better than before’ – Antonio Conte 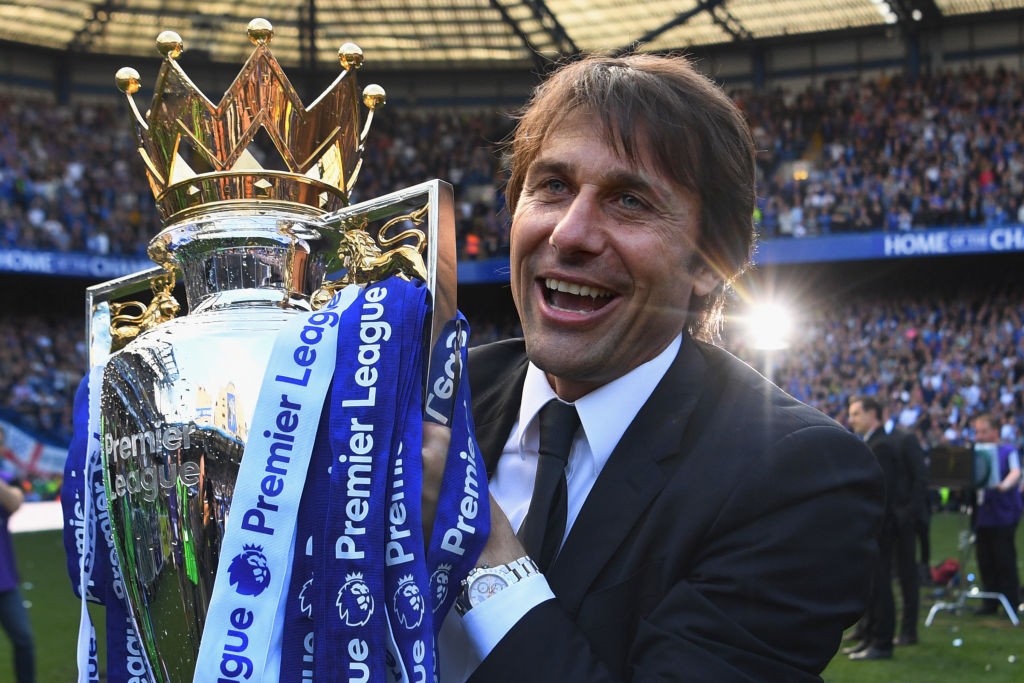 Chelsea manager Antonio Conte is expecting it to be tough for the Blues to retain their title with other teams strengthening their teams significantly.

Chelsea head coach Antonio Conte is relishing the challenge of rivals strengthening in a bid to dethrone his side.

Conte won the Premier League title in his first season in charge, after Chelsea had finished 10th in defence of their title the previous campaign.

The Italian knows it will be difficult to claim successive titles as the likes of Manchester United and Manchester City have spent big this summer.

“In England it’s very difficult to repeat and to win,” Conte said.

“In England you win the title and the others prepare next season to fight you with all their strength, to try to go to the transfer market, to try to improve.”

Conte anticipates the most difficult season of his career and wants Chelsea to make additions to his small squad before the transfer window closes at the end of this month.

“To be coach of a great team in England is great, but also gives you a lot of responsibility,” Conte added.

“This league has made me better than before. I’m sure about this.”

Chelsea’s season begins on Sunday with the Community Shield against Arsenal, a team Conte rates as rivals for the Premier League despite the Gunners last winning it in 2003-04.

Manchester United, Manchester City, Tottenham and Liverpool are the others Conte views as contenders.

Conte added: “Arsenal is a potential rival this season. I consider Arsenal one of the six teams ready to fight to win the title.

“I consider Arsene Wenger one of the best coaches. He had a lot of time to build his team, his squad.”

Wenger has been Gunners boss for 20 years and signed a two-year contract extension after winning the FA Cup for a record seventh time with May’s 2-1 defeat of Chelsea. 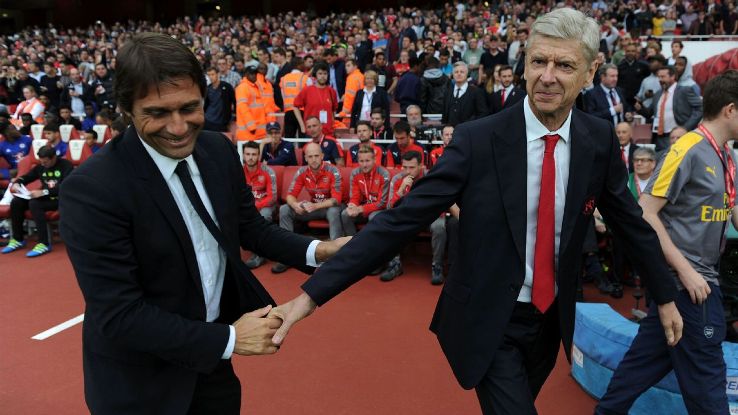 Antonio Conte rates Chelsea’s Community Shield opponents Arsenal as one of his five rivals for the Premier League title.

Conte, whose side begin their Premier League title defence against Burnley on Aug. 12, wants Chelsea to start the season with victory over Arsenal.

Following last September’s 3-0 loss at the Emirates Stadium, the Italian switched to a 3-4-3 formation and the Blues won 13 successive Premier League games.

The Premier League win over Arsenal at Stamford Bridge in February then provided impetus for the title run-in.

But then Conte was denied the double in his first season as Blues boss when Arsenal won May’s FA Cup final 2-1.

Conte said: “It was a pity to lose the game, to lose the FA Cup final against Arsenal after a really great season for us.

“We’re waiting a game very difficult for us and want to try to start the season with a win.”

Victor Moses is available before his suspension in the Premier League opener with Burnley while striker Diego Costa remains in exile.