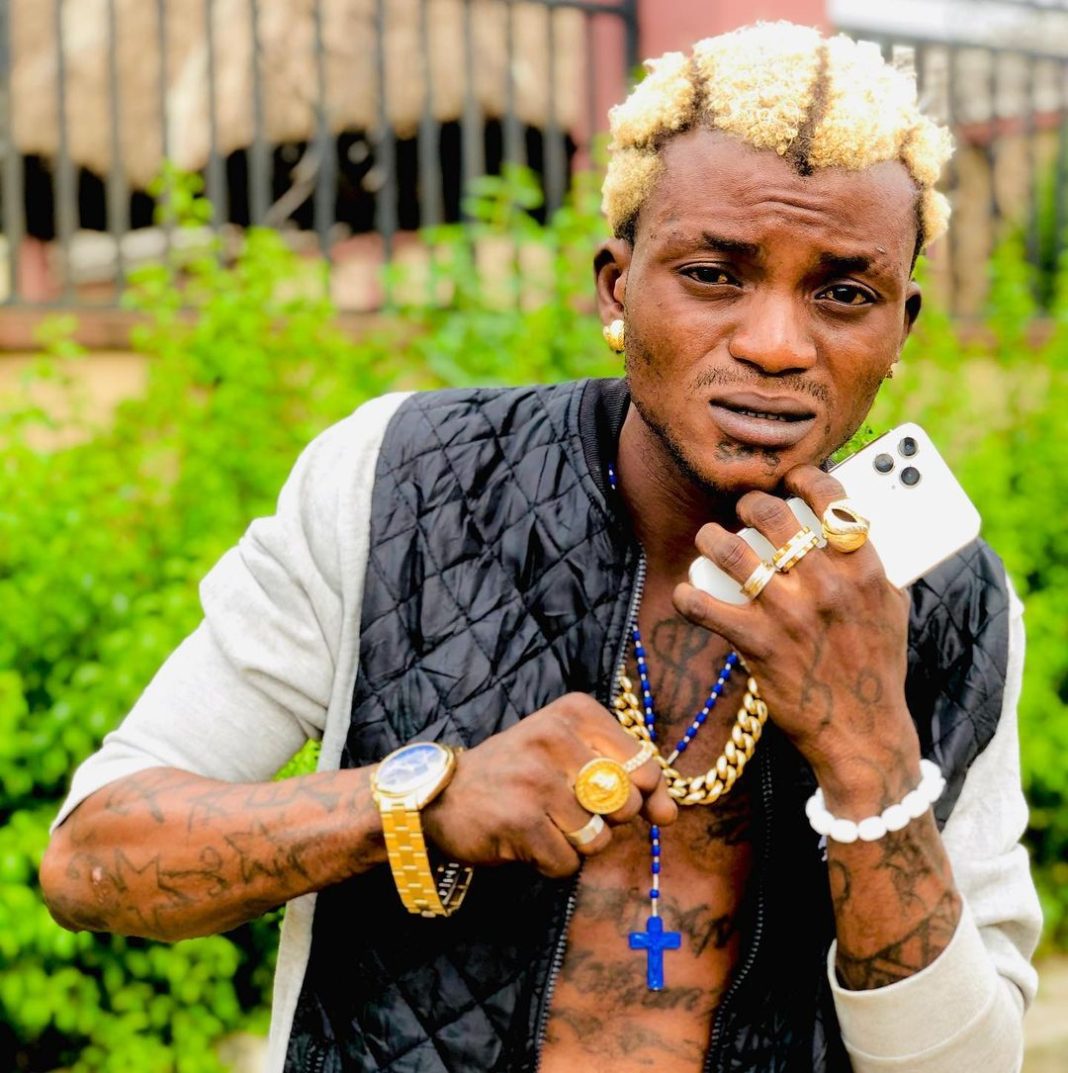 This followed an order by the police that he should report himself at the nearest police station for assaulting a young man known as DJ Chicken, in a viral video.

He said the Zazu singer arrived in Eleweran at 5 pm with his father and his manager, after which he was taken to the Public Complaints Bureau office by the State Commissioner of Police, Lanre Bankole.

At the Public Complaints Bureau office, Oyeyemi said Portable ”was interrogated about his role in the assault meted out to the boy in the video.”

However, he informed that Portable has been released to a reliable surety because the offense committed is bailable; adding that the strike action ongoing in the state has affected the courts.
Also read: Alleged Organ Harvesting: I’m Now Convinced Ekweremadus Won’t Be Convicted – Fani-Kayode

”Meanwhile, the assaulted victim has also been invited to come to state his own side of the story to enable the command complete her investigation on time,” Oyeyemi explained.