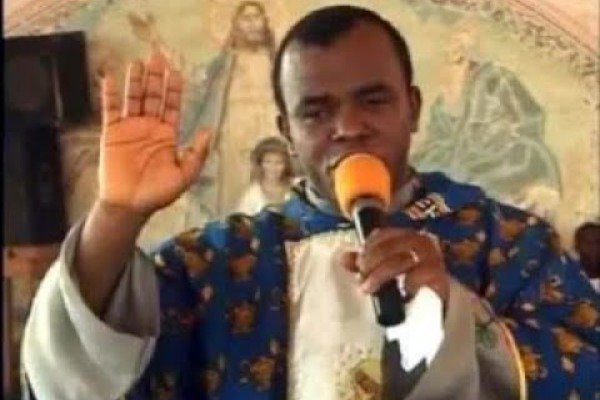 DAILY POST reports that Father Mbaka on Dec. 6, alleged that there was an attempt to assassinate him.

The Catholic cleric claimed that some unidentified gunmen fired gun shots at his vehicle, in transit within Enugu.

The Commissioner of Police, Mr Mohammed Danmallam,speaking on the incident gave the directive for investigation into the matter, NAN reports.

He gave the directions when he visited the cleric in company of senior police officers at the Adoration ground, Umuchigbo, in Enugu.

“I came with senior officers of the command to see you and to find out more about things in relation to the said sad incident.

“The incident is quite unfortunate and ungodly.

“I will assure you that police operatives under my command will stop at nothing at carrying out full scale investigation into this incident,’’ he assured.

Responding, Fr Mbaka thanked the commissioner and his entourage for the visit.

“This visit of the senior police officers of the command has really portrayed the police as friends who feel for the members of the public,’’ Mbaka said.