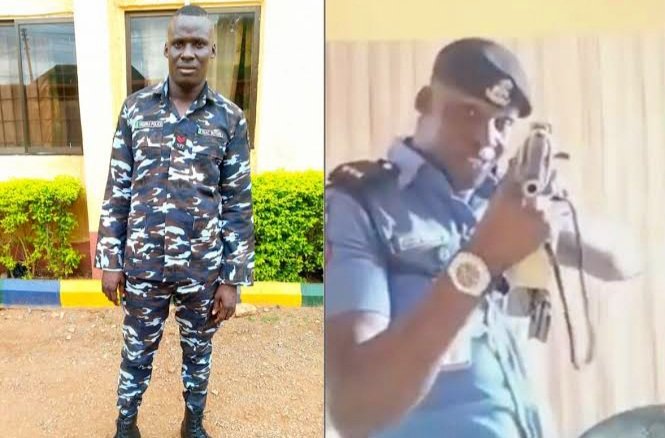 The Nigeria Police Force has announced the demotion of Corporal Isaac Mathew to the rank of Constable.

Mathew, attached to Ebonyi State Police Command, was seen in a viral TikTok video on May 7, 2022.

He was dressed in a Police uniform while singing, dancing and brandishing an AK47 rifle in praise of a secret confraternity.

Governor Ayade reacts to report of

The spokesman said the Force is looking into many other disciplinary cases of unprofessionalism and misconduct by officers in encounters with members of the public.

“Decisions reached at the end of such trials will be made known as the current police administration is committed to a transparent, accountable and proactive policing system”, he noted.

Inspector-General of Police, Usman Baba has advised all officers to uphold professional ethics, discipline and the ideals of the security agency.