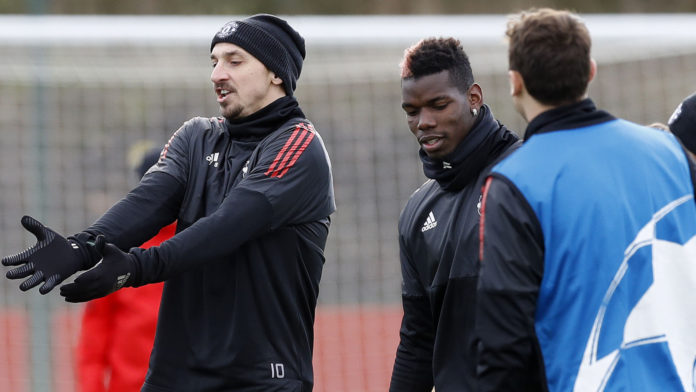 Paul Pogba and Zlatan Ibrahimovic have returned to Manchester United training ahead of their trip to Sevilla in the Champions League round of 16 on Wednesday.

They were joined by Ander Herrera, Marcus Rashford and Antonio Valencia – who were also absent for United’s 2-0 FA Cup fifth-round win over Huddersfield on Saturday.

United boss Jose Mourinho had previously cast doubt over whether Pogba would be available for the trip to Spain after he missed Saturday’s game with illness.

Ibrahimovic has not featured for United since coming off at half-time during their 2-2 draw with Burnley at Old Trafford on Boxing Day due to injury.

Eric Bailly, who made his return to first-team action against Huddersfield from the bench, was present at Carrington and could feature in Spain despite not having started since the 1-0 defeat to Chelsea in November at Stamford Bridge.

United will get their first taste of the Champions League knockout phases since 2014, when they were defeated by Bayern Munich over two legs in the quarter-finals under David Moyes.

Antonio Conte says convincing Chelsea on signings is a ‘disaster’