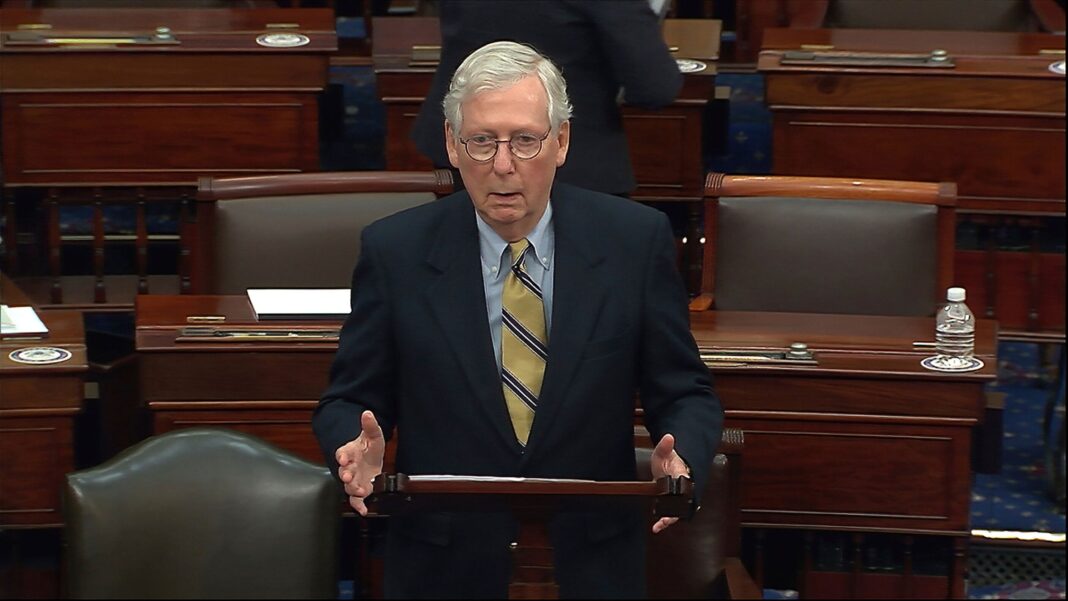 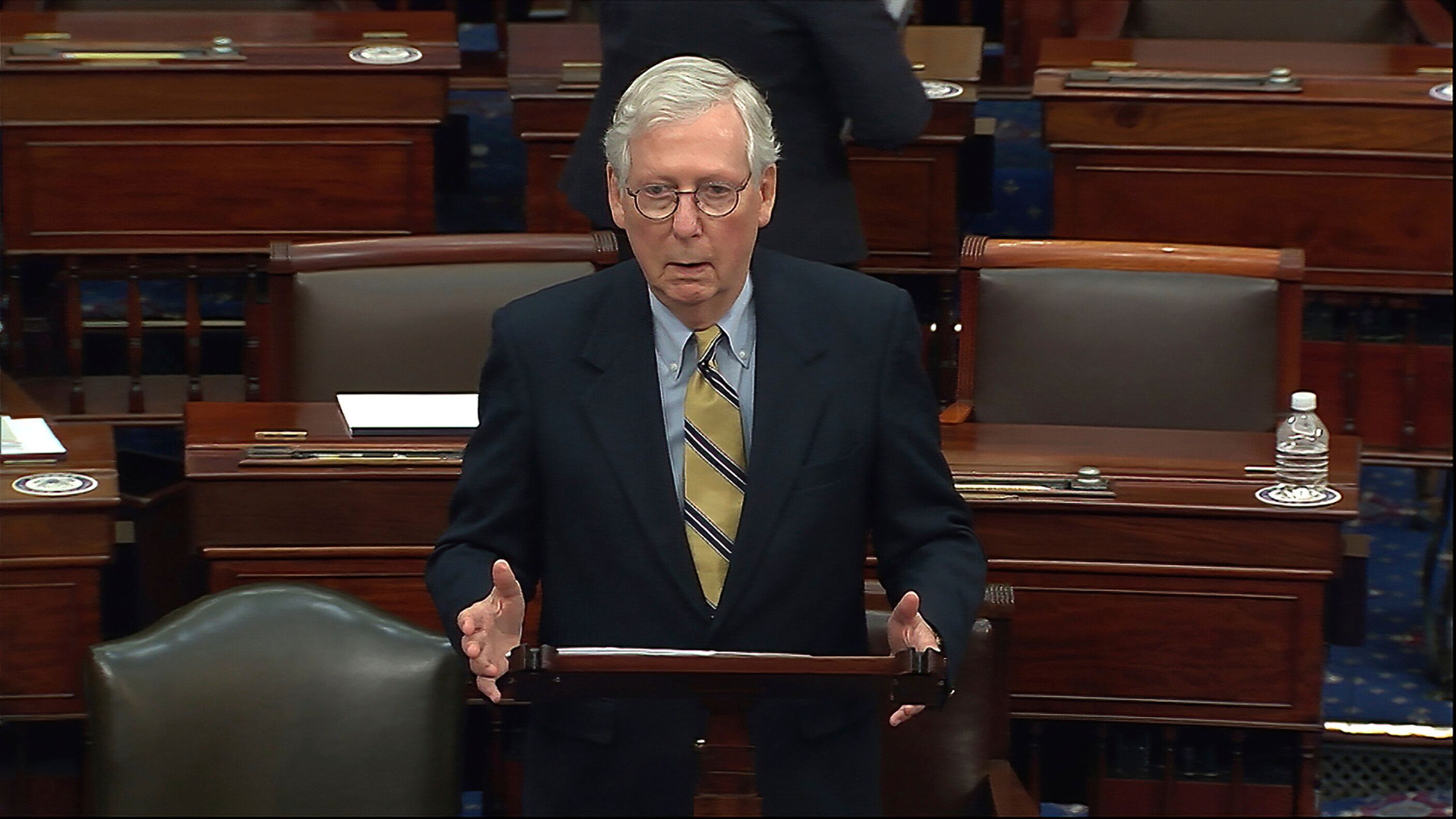 After the Senate vote, which was 10 senators short of convicting Trump, McConnell called the former president “practically and morally responsible” for the Capitol siege. Yet, he voted to acquit Trump because he believes it is unconstitutional to convict a former president.

McConnell himself took steps to stall the Senate trial until Trump was no longer president, thereby setting up his own excuse. He refused to call the Senate back into session in time for a shot while Trump was still in the White House.

“On January 15, the House Impeachment Managers were gathered to deliver the Article of Impeachment. They were told that because the Senate was closed, the Article could not be received,” Pelosi said in a statement.

“It is so pathetic that Senator McConnell kept the Senate shut down so that the Senate could not receive the Article of Impeachment and has used that as his excuse for not voting to convict Donald Trump,“ she added.

The Senate trial did not begin until Feb. 8, after Trump was no longer in office and weeks after the House voted to charge Trump with one article of impeachment for “incitement of insurrection.”

McConnell said Saturday that he would have voted to convict had Trump still been in office.

“There’s no question, none, that President Trump is practically and morally responsible for provoking the events of the day. No question about it,” McConnell declared in the Senate. “The people that stormed this building believed they were acting on the wishes and instructions of their president.”

“And having that belief was the foreseeable consequence of the growing crescendo of false statements, conspiracy theories, and reckless hyperbole, which the defeated president kept shouting into the largest megaphone on the Earth,” McConnell said.