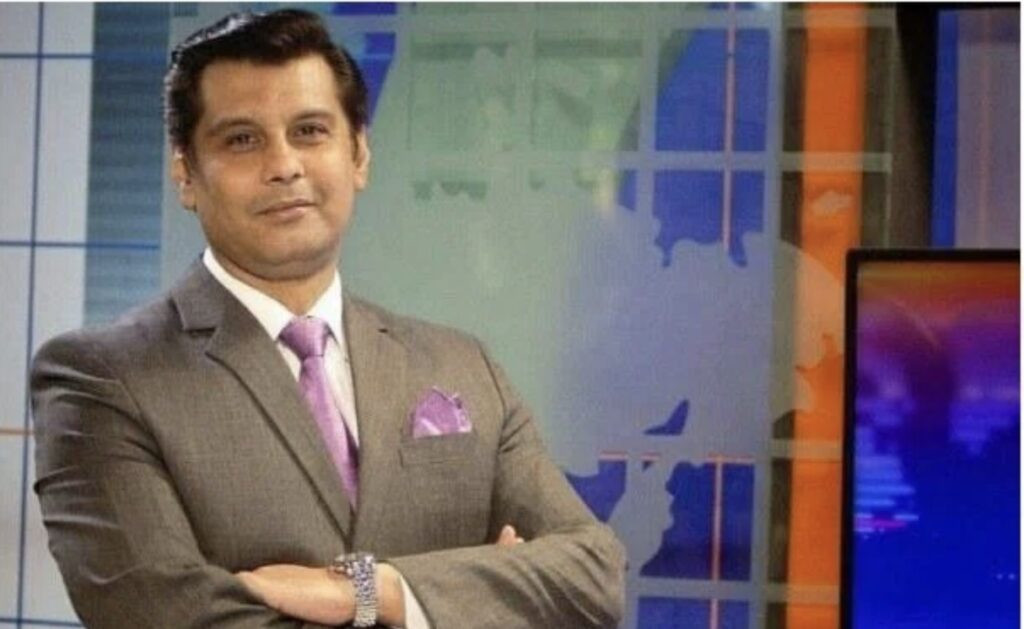 A top Pakistani news anchor has been shot dead in Kenya just months after he fled his home country to avoid arrest over sedition charges.

Arshad Sharif, a frequent critic of current Pakistani Prime Minister Shahbaz Sharif and the nation’s powerful military establishment, was also a supporter of former prime minister Imran Khan, who was ousted in a parliamentary no-confidence vote in April.

‘I lost my friend, husband and my favorite journalist today, as per police he was shot in Kenya,’ his wife Javeria Siddique tweeted.

‘There’s an alleged police killing of a Pakistani national at Tinga market, Kajiado county, last evening. Our rapid response team has already been dispatched,’ she said.

Pakistan’s foreign ministry said its high commissioner in Kenya was in touch with Kenyan police and the foreign office and a police report is awaited.

In August Sharif interviewed senior opposition politician Shahbaz Gill, who said that junior officers in the armed forces should not follow orders that went against ‘the will of the majority’.

The comment led to the news channel being briefly taken off the air and an arrest warrant being issued for Sharif, who then left the country. The channel ARY later said it had ‘cut ties’ with him.

Gill was detained following the interview and Khan’s criticism of the judiciary for the detention led to his own court appearances.

Pakistan has been ruled by the military for several decades of its 75-year history and criticism of the security establishment has long been seen as a red line.

‘I am deeply saddened by the shocking news of journalist Arshad Sharif’s tragic death,’ Prime Minister Sharif said on Twitter.

Former prime minister Imran Khan also condemned the death and said Sharif had been murdered for his journalistic work. He called for a judicial investigation into the incident.

Earlier this year, a court in Islamabad ordered Pakistan’s intelligence agency and the police to stop harassing Sharif after his lawyer petitioned the court, saying his client’s fundamental rights were being violated by security officials.

Also read: Singer Dies After Collapsing On Stage In Paris

Sharif’s lawyer, Faisal Chaudhry, said judge Athar Minallah, chief justice at the Islamabad high court, also summoned police representatives and those from the Federal Investigation Agency to appear before him to explain their position.

The order by Athar Minallah, chief justice at the Islamabad High Court, followed petitions from Sharif and two other journalists Sami Ibrahim and Moeed Pirzada, who are known as critics of the military and were fearing arrest.