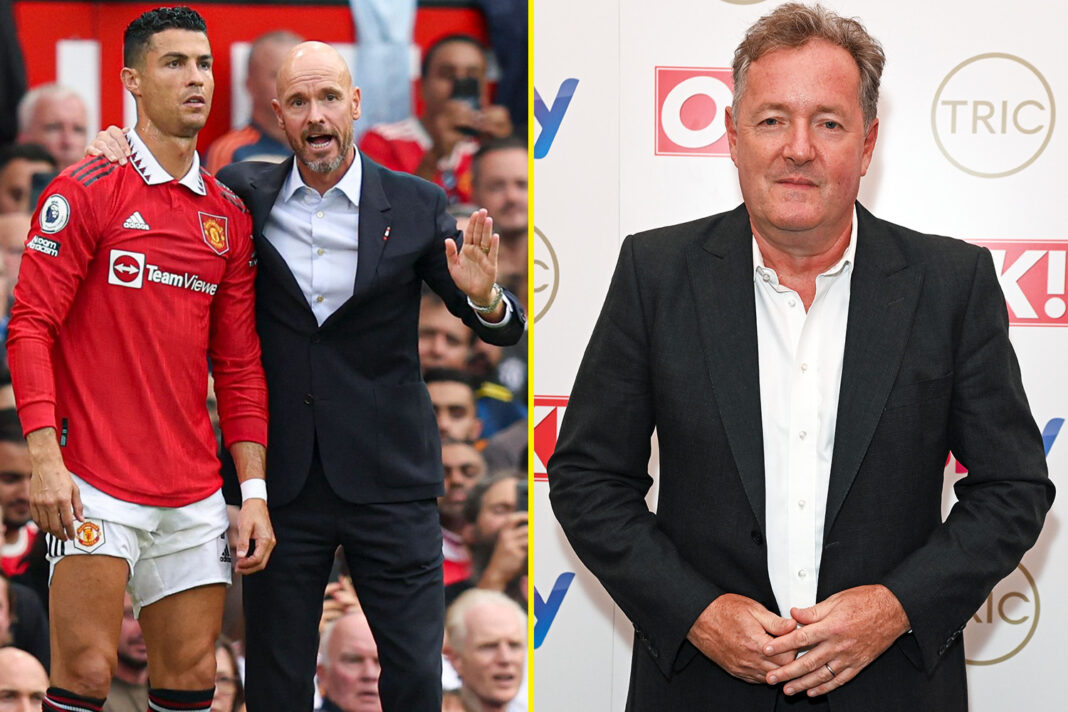 Recall that Ronaldo refused to come on against Tottenham on Wednesday night October 19, and then walked down the Old Trafford tunnel on his own before the final whistle.

On Thursday,  the club released a statement announcing that the 37-year-old would be dropped from Man United’s squad for their match against Chelsea this Saturday. Ronaldo was also told to train alongside the under-21 squad.

Taking to Twitter, the TV presenter, whose walkout from Great Morning Britain in 2021 has been likened to Ronaldo’s stomp down the tunnel on Wednesday evening said:  ‘I think the collective disrespect towards Cristiano from his manager and many Utd fans, after all, he’s done for your club, not least last season, is shameful. There’s my opinion.’

In another tweet, the TV host said: ‘Disgraceful. Ten Hag once again opted to humiliate the greatest footballer in history & Utd’s top scorer last season… @Cristiano should find another club asap where they treat him with the respect he’s earned.’