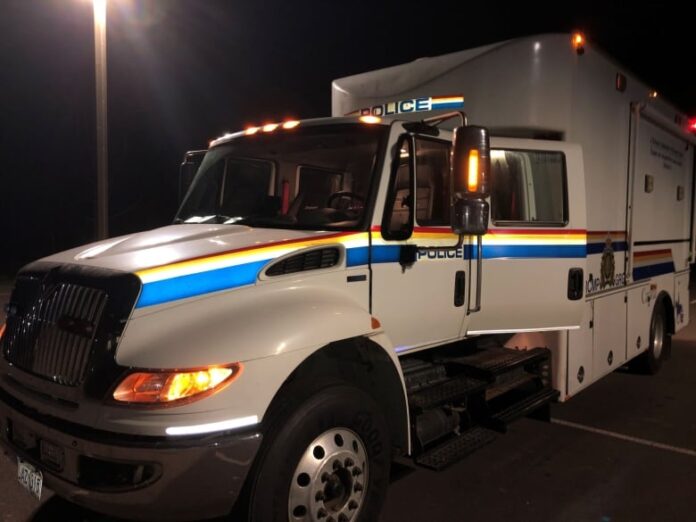 Two 17-year-olds who are still missing after their dory capsized off Northport, P.E.I., have been identified as Alex Hutchinson and Ethan Reilly.

CBC has confirmed the identities of the teens with their families.

On Wednesday evening, three teens went out boating near the West Prince community. When their dory turned over, only one made it ashore.

A search involving close to 100 local boats and search and rescue aircraft was underway within the hour and continued through Thursday. The military called off the search on Thursday evening and handed responsibility over to the RCMP.

Given the amount of time that has passed since the boat capsized, the weather conditions and the fact the teens were not wearing life-jackets, officials said the search is now considered a recovery operation.

“We did find the boat fairly quickly on the first day that they were believed to be travelling in,” Sgt. Neil Logan of Prince District RCMP told CBC News on Friday. “We’ll continue on with the search effort today.”

Friday, fishermen in Northport continued the search, along with community members and P.E.I. Ground Search and Rescue.

“We’re going to do everything we can to try and find them,” said Alberton fire department captain Tom Murphy, his voice shaking with emotion. He’d been part of the search since Wednesday evening.

“We all hope it wraps up as quickly as it can … this waiting is hard on everybody.”

The RCMP dive team arrived from the mainland before dawn Friday and set up a search perimeter in the water marked with buoys where they believe the dory overturned. As the day progresses, Logan said, they will widen that perimeter.

“The focus really is just still to find these two boys and bring them home.”

Logan also praised the third teen, a 17-year-old boy from the area, who was able to make it to shore and call for help.

First responders told CBC News it took the young man 45 minutes to swim ashore and said wind, waves and the current were all against him.

“Pretty amazing what he did really,” Logan said. “He swam into shore in the rough waters and managed to call 911 for help.”

Ground search and rescue continued to comb the shoreline south of Northport Friday and people in the community have been coming by to thank the RCMP and offer help. The Northport Community Centre was offering breakfast Friday morning.

Grief counsellors were available Thursday at Westisle High School where the boys went to school. Many students, however, were on the shore helping with the search.

ABOUT US
Wowplus is a media network. We bring you 24/7 live news & videos, entertainment, lifestyle, celebrities, gossips, music, sports, fashion, education, polities, health and finance
Contact us: [email protected]om
FOLLOW US
© Wowplus © 2020 Terms And Conditions Follow us on Google news
We use cookies to ensure that we give you the best experience on our website. If you continue to use this site we will assume that you are happy with it.Close ThisPrivacy policy