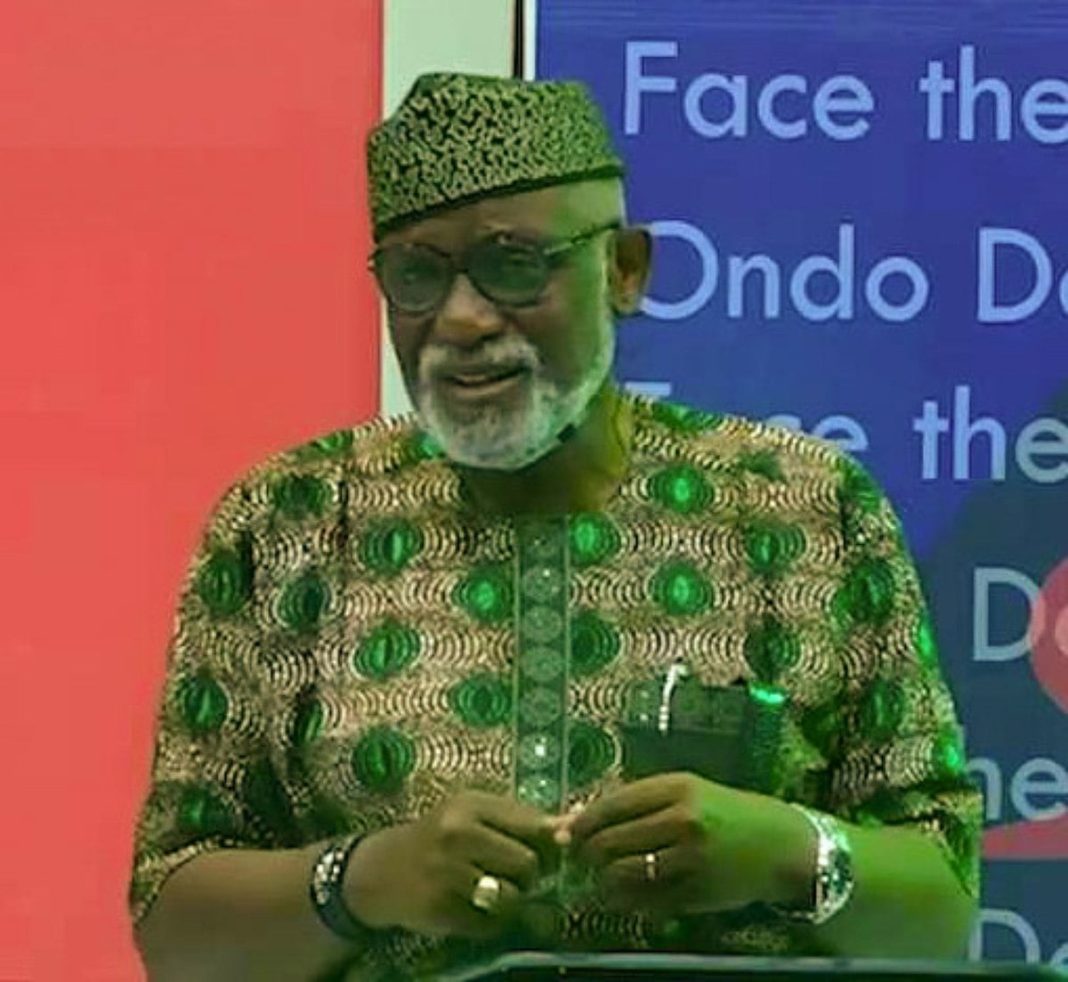 “The most unfortunate part is the lives of innocent children cut down in their prime and some severely injured by the mindless attackers,’’ Akeredolu said in a State broadcast.

He disclosed that, “The total number of people involved was 80. As of now, 56 are on admission, two discharged, while the death toll is 22. Efforts have been deepened to prevent further casualties.

“At Owo, the anger is palpable; the tension is at an abrasive level just as the urge for reprisals is high.

“Without doubt, too, the ripple impact of this heinous act, as well as the understandably angry reaction across the state, could not have been different.”

Also read: “I Am Sure The Woman You Married Is Tired Of That Marriage” – Nkechi Blessing Sunday Drags Reno Omokri For Comparing Her To Tinubu

“I promise you that we shall commit every available resource to hunt down these assailants and make them pay dearly. We shall never bow to the machinations of heartless elements in our resolve to rid our state of criminals.

“In honour of those who lost their lives to this unfortunate attack, I have already directed that all flags be flown at half-mast for seven days.

“This started on Monday, June 6 and will end on Sunday, June 12, because it is a collective loss to the people of our dear State,’’ he said.

The Governor said the attack was an attempt to test the will of the people of the State and, indeed, the Southwest geopolitical zone.

He said the attack was an invitation to precipitate anarchy because Yorubaland, and Owo in particular, had never been conquered and it would never happen.

He urged the people to be calm but to remain vigilant and not take the laws into their hands.

“Leave the rest for the government to shoulder. I have spoken to the heads of security agencies. I can assure you that security operatives have been deployed to monitor and restore normalcy to the Owo kingdom.

“I commiserate with my people in Owo, particularly the families of those who lost their lives to this wicked attack.

“I extend my condolences to Kabiyesi, the Olowo of Owo, Oba Ajibade Gbadegesin Ogunoye III, as well as to the Lord Bishop of the Catholic Church, Ondo Diocese, Most Rev. Jude Arogundade,’’ the Governor added.