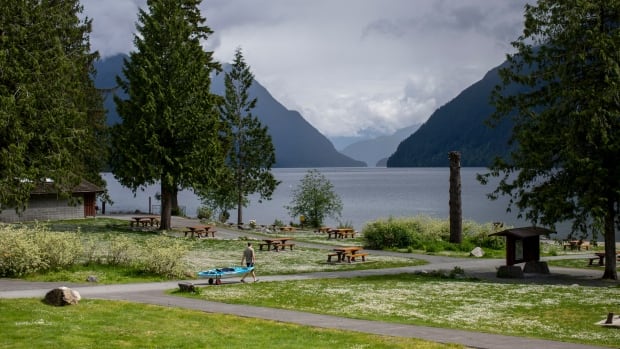 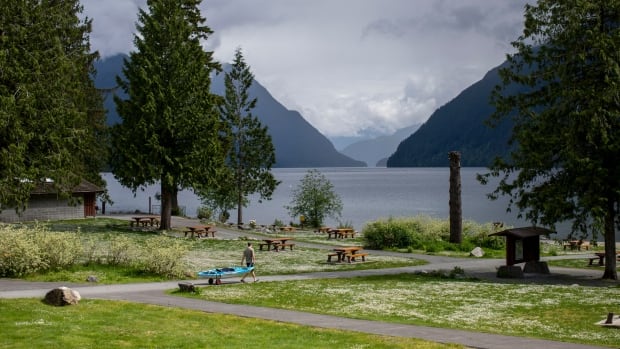 Ottawa is earmarking millions of dollars to promote holiday travel inside Canada as it seeks to help the tourism industry weather the COVID-19 pandemic.

Instead, the money will be used to help provinces and territories encourage Canadians to discover their “own backyard” as the country’s international borders remain largely closed due to COVID-19.

The government is also setting aside around $40 million so tourism agencies in southern and northern Ontario, as well as western Canada, can adapt their operations to the pandemic, particularly as what would normally be the busy summer season approaches.

“There’s an entire movement across the country to shop locally. We see that people want to discover or support even more their local businesses. … Well I would add to that a new movement: visit local. And rediscover your beautiful city and your region.”

Talks around supporting the tourism industries in Quebec and Atlantic Canada are underway, she added.

While describing Sunday’s announcement as a “step in the right direction,” Charlotte Bell, president and CEO of the Tourism Industry Association of Canada, called for more talks between government and industry around long-term action.

“The survival of this industry, which pre-COVID contributed more than $100 billion to the Canadian economy and supported 1.8 million jobs, depends on a co-ordinated plan for recovery and reopening that includes input from the tourism industry,” she said.

“This can’t be it,” he said. “Considering the sacrifices the industry has made, an announcement that includes redirecting previously announced funding initially intended for foreign investment — while welcome — is the least the government could have done.”

The tourism industry, which employs about one in 11 Canadians, has been hit hard by the pandemic as international travel bans and border restrictions have choked off the flow of visitors to Canada.

A report by Destination Canada in April suggested the sector could see total tourism spending decline by about a third from 2019 levels and result in the loss of about 263,000 jobs, many of them associated with small- and medium-sized companies.

Joly pointed to the federal government’s wage subsidy, rent assistance and other emergency COVID-19 measures as having helped the tourism sector, but said additional efforts are needed as the summer approaches and provinces start to reopen.

Yet the new funds come as Canadians are still being told to stay at home as much as possible to prevent the spread of COVID-19. Some provinces are starting to ease back on restrictions around movement, but fears of a second wave are ever present.

“Obviously people are trying to find the right balance between having a tourism sector that can survive and at the same time making sure that we don’t continue the spread of the virus,” Joly said when asked about promoting travel during a pandemic.

“And to do that we need to abide by the public-health authorities’ advice and at the same time support the tourism sector and find new ways for them to be able to have revenue. So that’s what we’re doing.”

It’s another blow to the tourism industry, which is already struggling because of COVID-19 cancellations, closures, and travel bans. 1:58

Leaders from across Canada’s tourism industry announced the creation of a new roundtable last week while calling for talks with the government around the easing of travel restrictions and mandatory quarantines to prevent long-term damage to the sector.

In a letter to Prime Minister Justin Trudeau, the roundtable members noted the European Union and Australia had already started taking steps to prepare for the critical summer tourism season.

“We propose to work closely with the federal government to responsibly take the necessary steps, including additional bio-security measures if appropriate, to ensure that the upcoming summer travel season is not entirely lost,” the letter reads.

“The highly restrictive measures in place today are not sustainable. Like the government, we want to avoid a second wave of the virus and are certain reasonable measures can be taken to help mitigate risk.”

Joly was more circumspect when asked about easing travel restrictions, saying the timing would depend on when adequate mass testing and contact tracing can be established as well as the provision of personal protective equipment.

“I had a conversation with the ministers of tourism of the G20 a month ago,” she said.

“So that’s not only happening here in Canada, it’s happening in all of the world.”