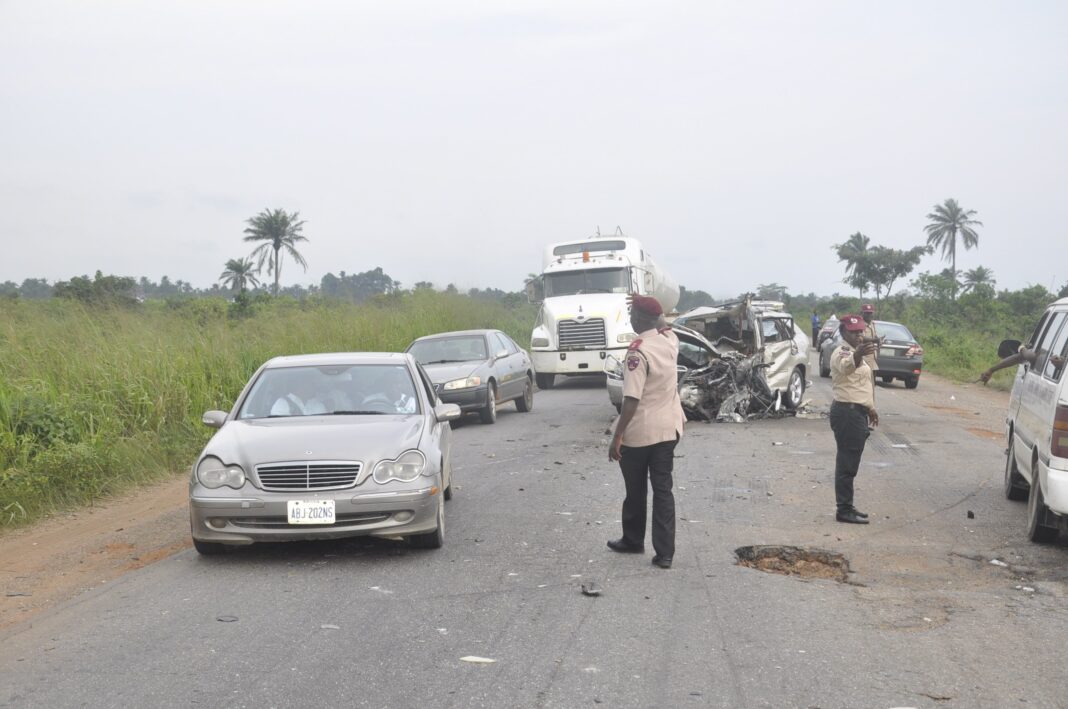 The Senator representing Ondo South Senatorial District of Ondo State, Nicholas Tofowomo, has reportedly suffered a bone fracture in an automobile accident on the Ilesha-Akure highway.

Tofowomo, a member of the Peoples Democratic Party, PDP, who suffered a leg fracture in the accident was on his way from an official engagement in Ibadan alongside the party’s governorship aspirant in Ondo State, Banji Okunomo.

The accident, which occurred at Igbara-Oke, few kilometers from Akure, the Ondo State capital also involved Mrs. Yetunde Dada and Mrs. Toyin Ajinde, all stalwarts of the opposition PDP in the state.

According to an aide of the Senator who craved anonymity, his boss was in the vehicle with the other party chieftains when the accident occurred.

He also disclosed that Okunomo lost some tooth in the accident while the other occupants suffered various degrees of injuries, adding that driver of the vehicle is now in a stable condition.

“The accidents occurred on the Ilesha-Akure road in Igbara Oke as they were traveling from an official function.

“They were coming from Ibadan in Oyo state and already in Ondo State when it happened.

“He (Senator Tofowomo) had a fracture in one of his legs and Mr. Banji Okunomo lost some tooth with a broken arm.

“The two women inside the car with them were also seriously injured with fractures.

“Already, one is at the Intensive Care Unit of the Trauma Center in Ondo while the other is under close watch.”

Confirming the accident, the Ondo State chapter, PDP, said that they are currently recuperating at the government-owned hospital in Ondo town.

In a statement issued by the party’s Director of Media and Publicity in the state, Zadok Akintoye said the four accident victims would soon be back on their feet.

“They are all in good states of recovery after the unfortunate accident that occurred yesterday (Friday) on their way to Akure from a very important trip to Ibadan.

“Our party appreciates the efforts of the medical team at the Trauma Centre in Ondo, private and public ambulance services that came to their rescue and everyone who has risen up to support them at this trying time.

“Our party must yet again commend the brilliance of our doctors and medical professionals for their efforts,” Zadok said.

Meanwhile, the Sector Commander of Federal Road Safety Corps, FRSC, in the state, Rotimi Adeleye has visited Senator Tofowomo and three others that were involved in the road crash.

According to the Sector Commander, “the visit is in line with the Corps’ policy of post-rescue follow-up on victim’s care.”