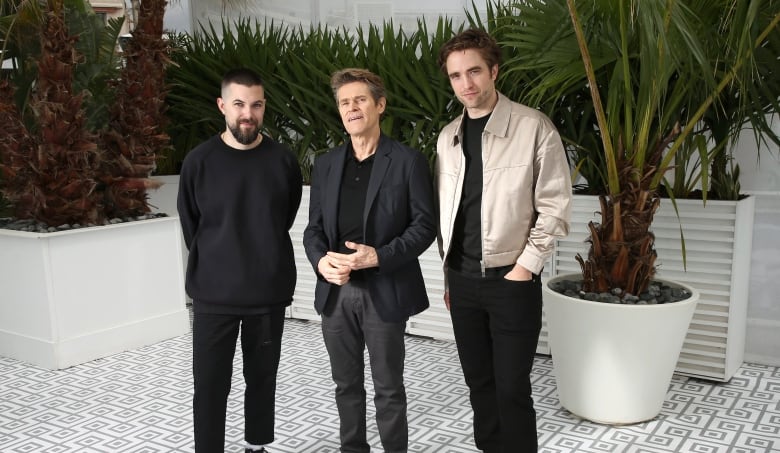 Willem Dafoe and Robert Pattinson on the set of The Lighthouse in Yarmouth, N.S. (Screen Nova Scotia/Eric Chakeen)

Nova Scotia’s unforgiving coast has a starring role — alongside Willem Dafoe and Robert Pattinson — in a new fantasy-horror film that screened to strong reviews at the Cannes Film Festival in France this weekend.

“The Lighthouse,” the followup to director Robert Eggers’s critically acclaimed 2015 feature “The Witch,” features Dafoe and Pattinson as lighthouse keepers stranded together in late 19th-century Maine.

The filmmakers went to Cape Forchu on the western tip of Nova Scotia, a short drive from Yarmouth, to build the titular lighthouse in a setting that fit the barren landscape and isolated mood of the movie.

Co-producer Mike Volpe kept mum on the story’s details in an interview Saturday, but said ” the ocean is a character” in the black-and-white thriller where the untouched, intimidating views were key to establishing the characters’ world.

The cast and crew were battered by the area’s tough winter weather while building the set and filming last year, spending more than $6.8 million over the four-month filming period.

Construction on the set started in February 2018, and was hit with snow, strong winds and rain, with some scenes filmed on a soundstage in Dartmouth.

Volpe said watching the “hearty” Nova Scotia crew of 150 band together was a memorable experience, and while the extreme weather was challenging it became an essential part of the movie’s feel.

“At that time of year it’s freezing, it’s winter, you’re on the tip of the ocean so there’s absolutely no escape from the wind,” Volpe said, calling it a “massive undertaking” to build a set at the ocean’s edge.

“It was so cold and challenging, but I think it really added to the visceral feel of the film.” 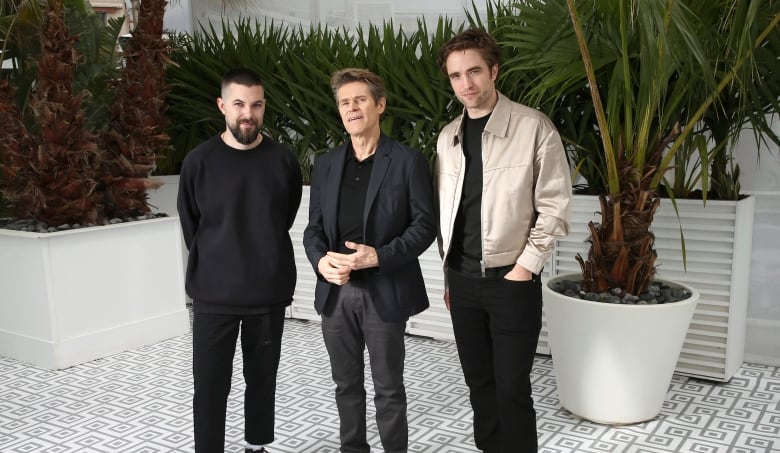 Dafoe and Pattinson suffered along with the rest of the team, Volpe said, giving an authentic edge to their performances. The two actors have been the focus of early positive reviews coming out of Cannes after the film’s first screenings on Sunday.

“I have to say they toughed it out with everyone,” he said. “They braved the elements and they threw everything into it.”

Volpe said Dafoe stayed close by, at a place less than a kilometre away from the lighthouse at Cape Forchu.

“He was right there, he wasn’t at the Ritz,” Volpe said. “He was all in as was Robert, and they were both tremendously focused.”

Producer Lourenco Sant’Anna said it was a pleasure to watch the two actors with vastly different methods — Dafoe from a rehearsal-heavy theatre background and Pattinson with a more spontaneous style — grapple with challenges of the environment and the difficult period dialogue.

Sant’Anna said the actors shot scenes in the cold, often with little clothing, and Pattinson had to be drenched in freezing water.

“It was just beautiful to see those two actors (with) their own methods facing the challenge that was the script,” he said from Cannes on Saturday.

Volpe and Sant’Anna both praised the world-building and direction of Eggers, whom Sant’Anna described as “basically the captain of the ship, making sure everything was as he imagined.”

While the unforgettable cold and wet stand out as defining memories of the production, Volpe and Sant’Anna said the on-set experience spoke to the professionalism and rugged beauty found when filming in the province.