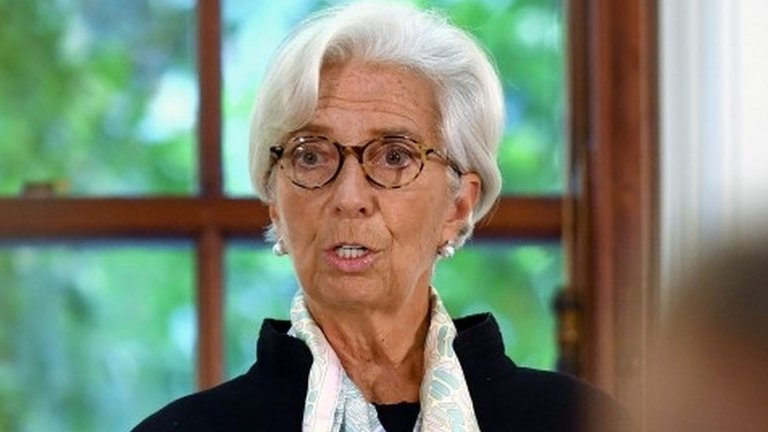 The International Monetary Fund has warned that a “no-deal” Brexit on World Trade Organization terms would entail “substantial costs” for the UK economy.

The IMF said that all likely Brexit scenarios would “entail costs”, but a disorderly departure could lead to “a significantly worse outcome”.

The challenges in getting a deal done remained “daunting”, it said.

The predictions came in the IMF’s latest annual assessment of the UK economy.

Christine Lagarde, the IMF’s managing director, told a news conference at the Treasury in London: “Those projections assume a timely deal with the EU on a broad free trade agreement and a relatively orderly Brexit process after that.

“Any deal will not be as good as the smooth process under which goods, services, people and capital move around between the EU and the UK without impediments and obstacles.”

The Chancellor, Philip Hammond, said the government must listen to the IMF’s “clear warnings”.

He added: “The IMF are clear today that no deal would be extremely costly for the UK as it would also for the EU, and that despite the contingency actions we’re taking, leaving without a deal would put at risk the substantial progress the British people have made over the past 10 years in repairing our economy.”

The IMF warning comes as Theresa May told the BBC that MPs must choose between her proposed deal with the EU – or no deal at all.

Speaking to Panorama, the prime minister said that if Parliament does not ratify her Chequers plan, “I think that the alternative to that will be having no deal”.

Mrs May said there needed to be “friction-free movement of goods” with no customs or regulatory checks between the UK and EU on the island of Ireland to avoid a hard border there.

A plan by Brexiteers to resolve the Irish border issue also came in for criticism from the prime minister, who said it would create a “hard border 20km inside Ireland”.

The IMF’s Ms Lagarde said a “disorderly” or “crash” exit from the EU would have a series of consequences, including reduced growth, an increased deficit and depreciation of sterling, causing the UK economy to contract.

The IMF also said a no-deal outcome would affect other EU economies “to a lesser extent”.

“The larger the impediments to trade in the new relationship, the costlier it will be,” Ms Lagarde said. “This should be fairly obvious, but it seems that sometimes it is not.”

She pointed out that countries tended to trade mostly with their neighbours: “I think geography talks very loudly.”

Comparing this year’s IMF analysis and Ms Lagarde’s words with last December and there is a significant cooling of sentiment around the effects of Brexit.

The IMF is signalling that, with just over six months to go before Britain is scheduled to leave the EU, the very fact that “no deal” remains on the table is of economic concern.

When asked if she could see any “positives” coming from Brexit, Ms Lagarde repeated the long list of possible negatives.

“No,” seemed to be her answer.

Ms Lagarde said she “very much” hoped that the UK and the EU would strike a deal, describing herself as “a desperate optimist”.

Recent UK economic data has shown a pick-up in growth. Earlier this month, the Office for National Statistics said the economy had grown by 0.6% over the three months to July – the fastest pace in almost a year.