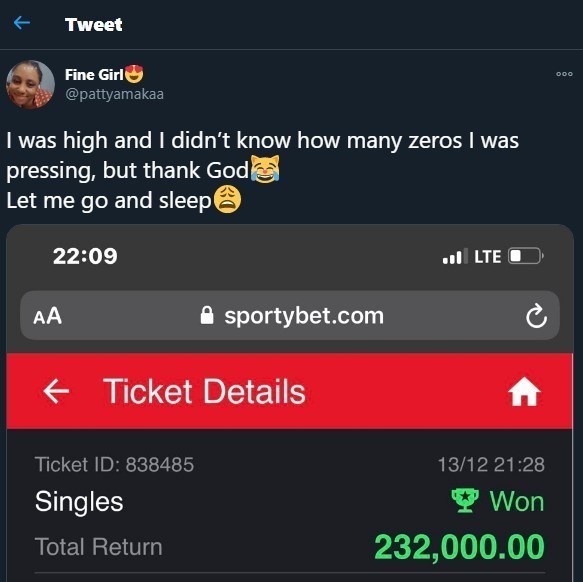 A  Nigerian lady simply identified as Amaka has revealed that she unknowingly used the sum of N200,000 to play bet.

According to Amaka, she did not know what she was doing when she made the bet because at the time her sobriety was not stable. 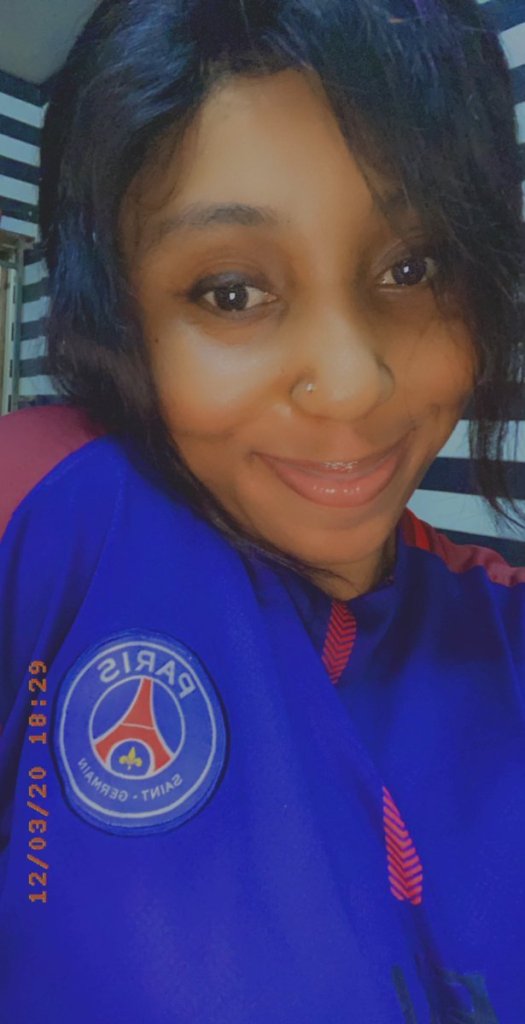 The lady revealed that she was high while typing the amount she intended to use to bet, so she had no idea how many zeros were being inputted which later turned out to be too much.

But she was lucky to retrieve the money back via the bet, as the game she staked on, returned a win of N32,000. 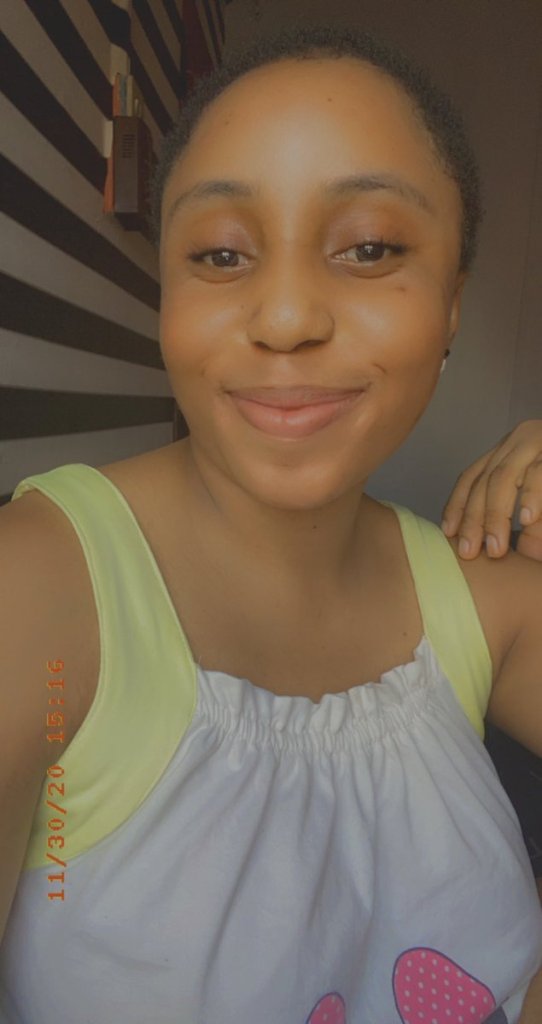 Sharing a screenshot of the bet slip, Amaka wrote;

”I was high and I didn’t know how many zeros I was pressing, but thank God

Let me go and sleep.” 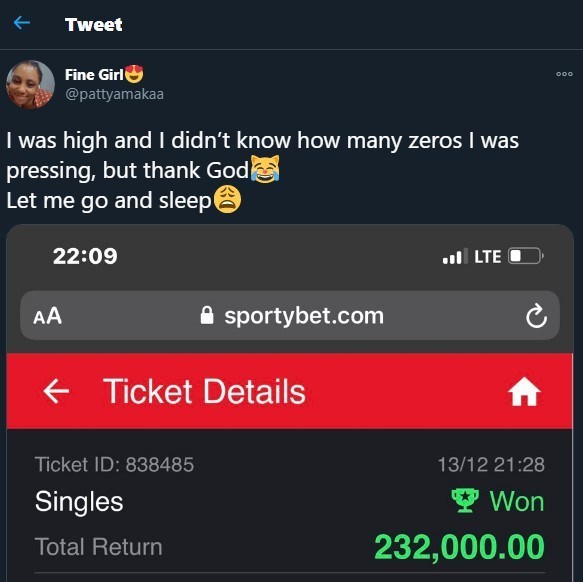