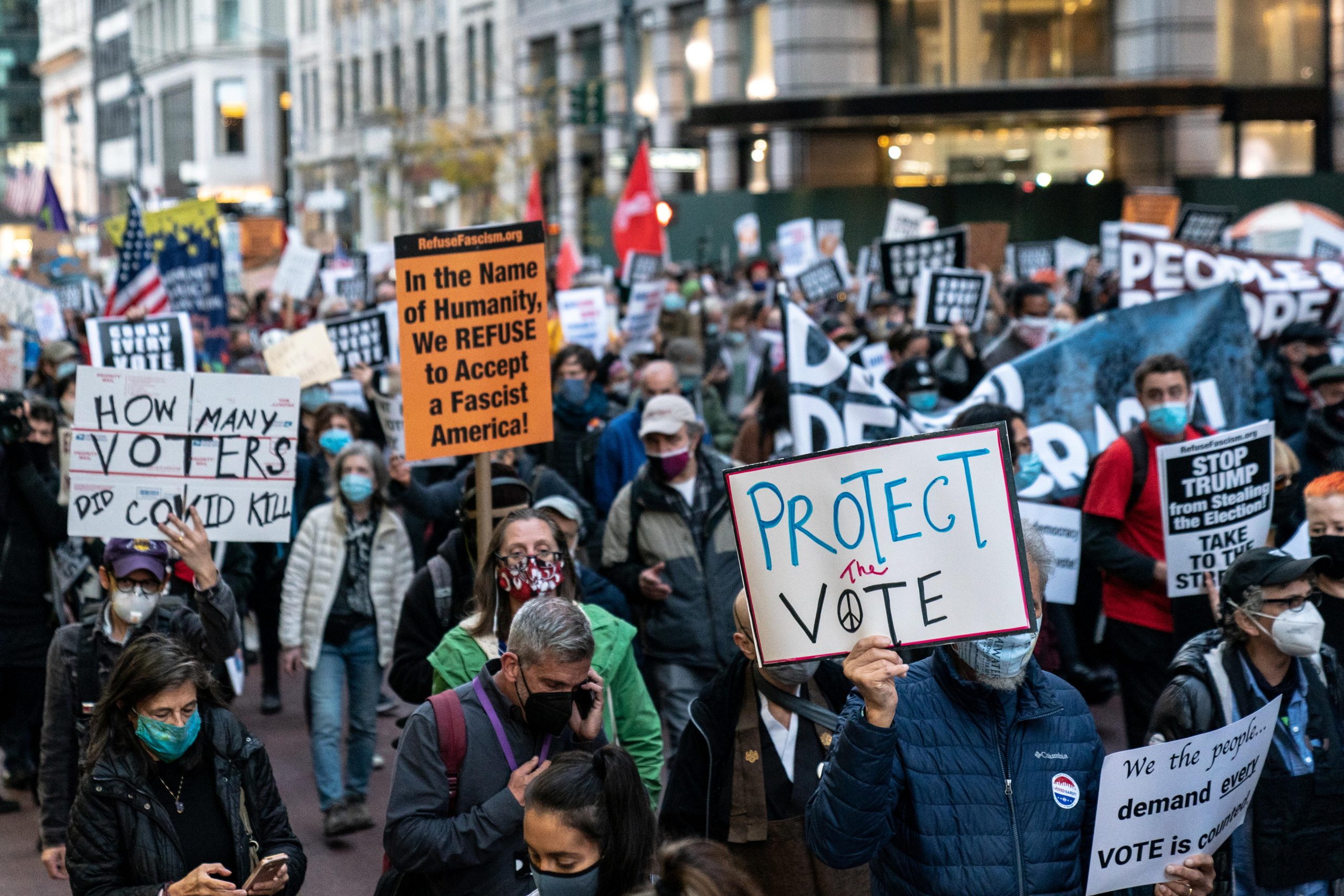 Armed protesters have been seen gathering outside offices where election workers are counting the votes that will decide who wins the US presidential race.

According to Al Jazeera, some of the angry protesters carry shotguns; some have handguns while some others carry black, military-style semi-automatic rifles.

According to the report, the protesters with weapons are a small minority of the demonstrators, and that there have been no reports of anyone being shot.

Moreover, laws in the States, Arizona, and Michigan, where the guns are seen at counting units, allow people to openly carry firearms in public.

Experts have warned that firearms could create a dangerous situation that could be seen as intimidation or tip easily into violence.

“The more we see, the more people see it as a normal reaction – even though it’s not. There’s nothing normal about it,” Cynthia Miller-Idriss, a professor at American University told Al Jazeera.

“The potential for violence becomes normalized,” she added.

There is the belief that the armed protesters showed up at the vote-counting centers following President Donald Trump’s allegations that the Democrats are trying to steal the election.