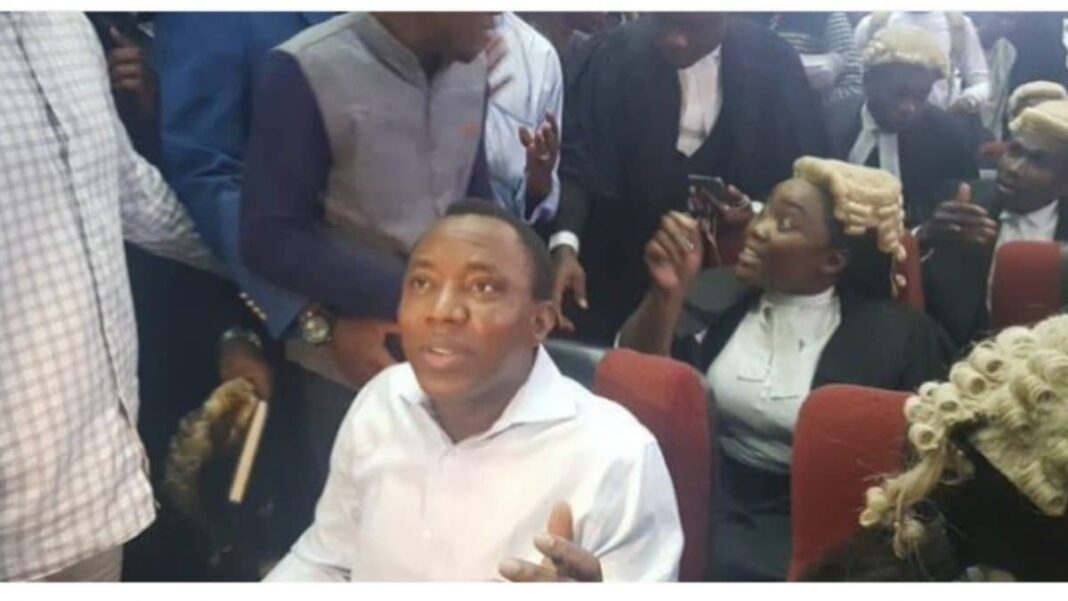 Security in and around the Federal High Court, Abuja, was, on Wednesday, beefed up by officers of the Nigerian Police Force as Omoyele Sowore, Convener,#RevolutionNow Protest, appeared for the commencement of his rial.

Justice Ojukwu granted the order in a ruling on the application for a bail variation by the duo charged with treasonable felony among others.

She waived the earlier requirement that Sowore should deposit N50m as security and reduced the amount attached to Bakare’s bail.

Ojukwu added that the defendants be remanded in the custody of the Department of State Service (DSS) pending when they are able to meet the bail conditions.

The judge, thereafter, adjourned till Nov. 6 and 7 for the commencement of trial.

However, at the Federal High Court, Abuja, where the trial is to commence, there were no fewer than six Police Hilux vehicles with officers of the security outfit positioned at strategic areas outside the court premises.

NAN reports that some of the officers were also sighted within the court.

Sowore, alongside Bakare, is being tried by the DSS over the #RevolutionNow protest

They were both in court.