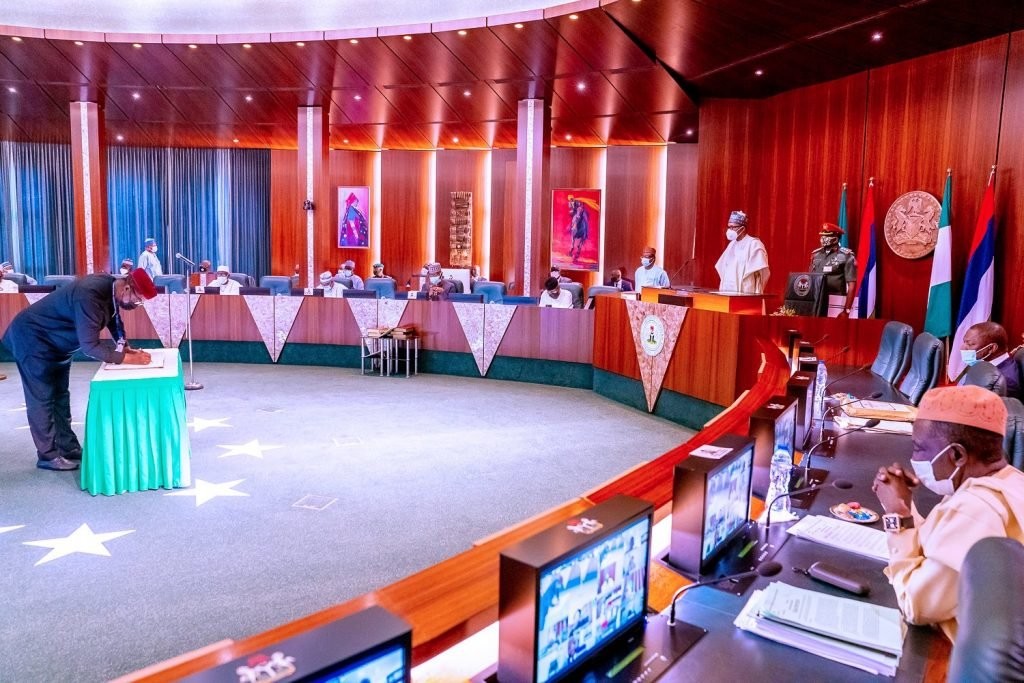 Kano, President Muhammadu Buhari has sworn in three Code of Conduct Bureau (CCB) members and a member of the Police Service Commission (PSC).

The event took place at the Council Chamber of the Presidential Villa, Abuja, on Wednesday, shortly before the commencement of the 30th virtual meeting of the Federal Executive Council (FEC).

Those sworn in include Ehiozuwa Ogbonayinma, Babatunde Balogun, and Benedict Umeano for the CCB, and Onyemuche Nnamani for the PSC.

Buhari’s aide, Bashir Ahmad, made this known in a tweet via his official Twitter page on Wednesday.

Ahmad tweeted: “At the commencement of this week’s Federal Executive Council (FEC) Meeting, President @MBuhari sworn-in members of the Code of Conduct Bureau (CCB) and a member of the Police Service Commission, at the Council Chambers, the State House, Abuja.”

Meanwhile, the Vice-President, Prof. Yemi Osinbajo, Secretary to the Government of the Federation, Boss Mustapha, and Chief of Staff to the President, Prof. Ibrahim Gambari, are physically attending the Council meeting, which is also the maiden FEC for 2021.

Nine Ministers also joined the president at the chamber for the meeting.

The Head of Civil Service of the Federation, Dr. Folasade Yemi-Esan, and other ministers participate in the weekly council meeting from their various offices in Abuja online.

A minute silence was observed in honor of two former Ministers, Jubril Martins Kuye from Ogun and Bala Ka’oje from Kebbi, who died recently. 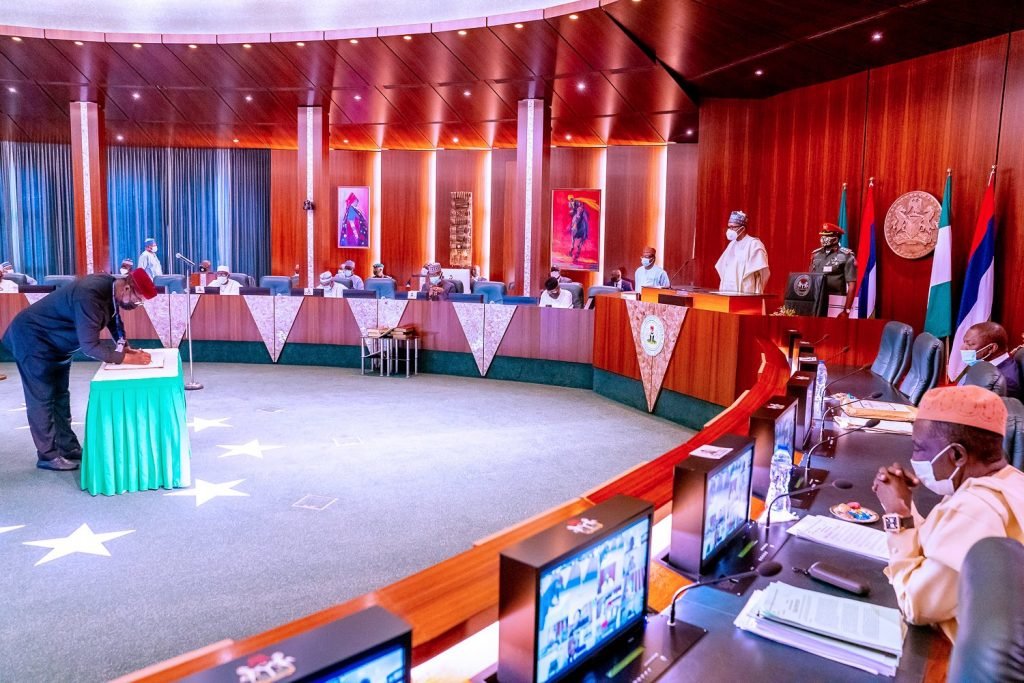