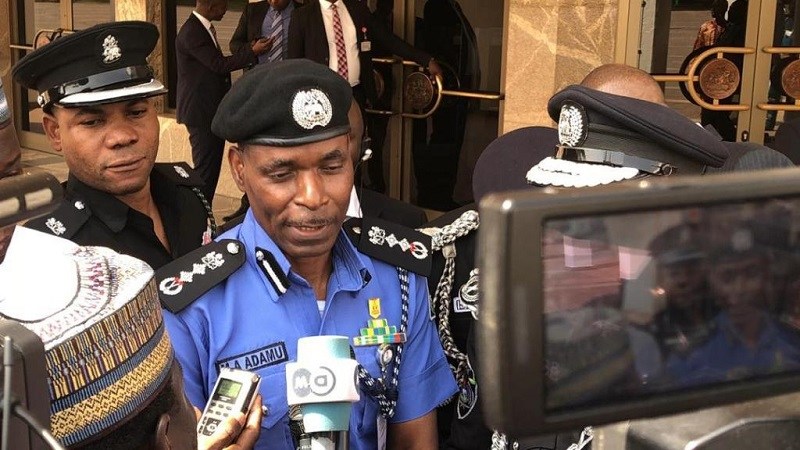 The Inspector General of Police (I-G), Mohammed Adamu, on Friday in Abuja said the suspects arrested in connection with the killings in Kwara and Kano states had nothing to do with their political parties’ affiliations.

A representing Kiru/Bebeji Federal constituency, Abdulmumini Jibrin (APC) was among those arrested for the Kano violence, while Senator Rafiu Ibrahim (PDP) was arrested in Kwara.

Adamu explained this while answering questions at a media briefing where he featured alongside the Chairman of the Independent National Electoral Commission (INEC), Prof. Mahmood Yakubu, on the commission’s preparations for Saturday’s national elections.

He said that the suspects, who happened to be candidates participating in Saturday’s elections, were arrested for having connection with the crisis in the two states, and that they needed to defend themselves.

“We heard of what happened in Kwara, the Commissioner of Police reported that two people were killed and the group of people that were suspected to have perpetrated the killing were arrested.

“So, he has been arrested with others;he needs to defend himself as regards to the allegation of the murder.

“We cannot just because he belongs to a political party or is a candidate for election that he was arrested, no.

“The same thing in Kano, we all know that there was a problem in Kano, two people were killed in Kano, some vehicles were burnt down…police had to move to make arrest of people that were committing this crime on the scene.

“In the course if making this arrest, one of the suspect happens to be a candidate in the election that is supposed to take place.

“Do we leave him because he is a candidate? I think he should defend himself, that is why he was arrested,’’ he said.